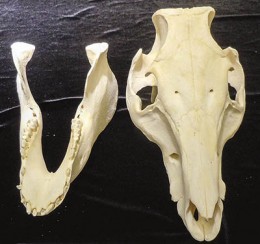 Pig bones as an ethnic marker?

It has been established that wherever pig bones are excavated in the land of Israel, they indicate a non-Israelite population. Pork was just not part of the Israelite diet, so the thinking went. Recent studies, however, prove this assumption problematic. Photo: Joe Ferraro, Baylor University, Courtesy of Deirdre Fulton.

Much fewer people know that the abstinence from swine’s flesh is rooted in the Biblical prohibition in Leviticus 11:7 and Deuteronomy 14:8, which means that for the ancient Israelites, pork was also off the menu.

Only specialists, however, are aware of the fact that the Biblical ban on pork consumption from the Israelite diet can be interpreted from the archaeological or (more specifically) zooarchaeological record. In short: If people didn’t eat pork, they likely didn’t raise pigs—hence the expected absence in archaeologically excavated contexts of pig bones.

Indeed, modern excavations in the southern Levant (today’s Israel, Jordan and Palestine) show remarkable scarcity or total absence of pig bones at Iron Age (1130–586 B.C.E.) sites. The only apparent exception to this pattern is the sites occupied by the Philistines, one of the Sea Peoples who migrated to the southwestern Levant sometime at the dawn of the Iron Age.

This archaeological observation—supported by the Biblical prohibition—eventually led in modern scholarship to the establishment of the presence or absence of pig bones as an ethnic marker, one that would distinguish between ancient Israelites and Philistines.
Sounds reasonable, right? 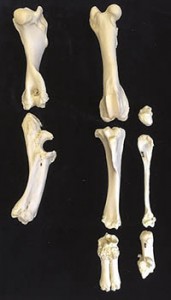 You may have heard of other clues that help ancient historians and archaeologists tell ethnic or religious groups apart. Early Christians—to name just one group—can be identified in archaeology by the type and orientation of their burials, absence of burial goods in graves, iconography employing Christian symbols or by personal names (where written records survive). To add one example from the lands of Israel, the four-room houses are typically associated with proto-Israelites.

These simple indicators prove very helpful in the absence of other, more explicit historical sources. To a degree.

Just like with the clues listed here for early Christians, there has been a growing suspicion toward the equation between pig remains and the Philistines—or, looking on the flip side, between no pigs and Israelites. As so often in scholarship, more recent research calls the long-established “truths” into question, adding to the mix new factors, such as rural vs. urban, Israel vs. Judah, nomadic vs. sedentary or even survival strategies of immigrant societies. Correlation between religious restrictions and the archaeological evidence during the Iron Age I and II appears to be far more complex an issue than we originally thought.

You can learn more about the Israelite diet, the archaeological record and ethnic diagnosis in ancient Israel by reading the full article “Pigs as an Ethnic Marker? You Are What You Eat” by Lidar Sapir-Hen in the November/December 2016 issue of Biblical Archaeology Review.

——————
BAS Library members: Read the full article “Pigs as an Ethnic Marker? You Are What You Eat” by Lidar Sapir-Hen in the November/December 2016 issue of Biblical Archaeology Review.

Biblical Bread: Baking Like the Ancient Israelites by Cynthia Shafer-Elliott

Fruit in the Bible by David Moster

The 10 Strangest Foods in the Bible by David Moster

This Bible History Daily feature was originally published on November 14, 2016.