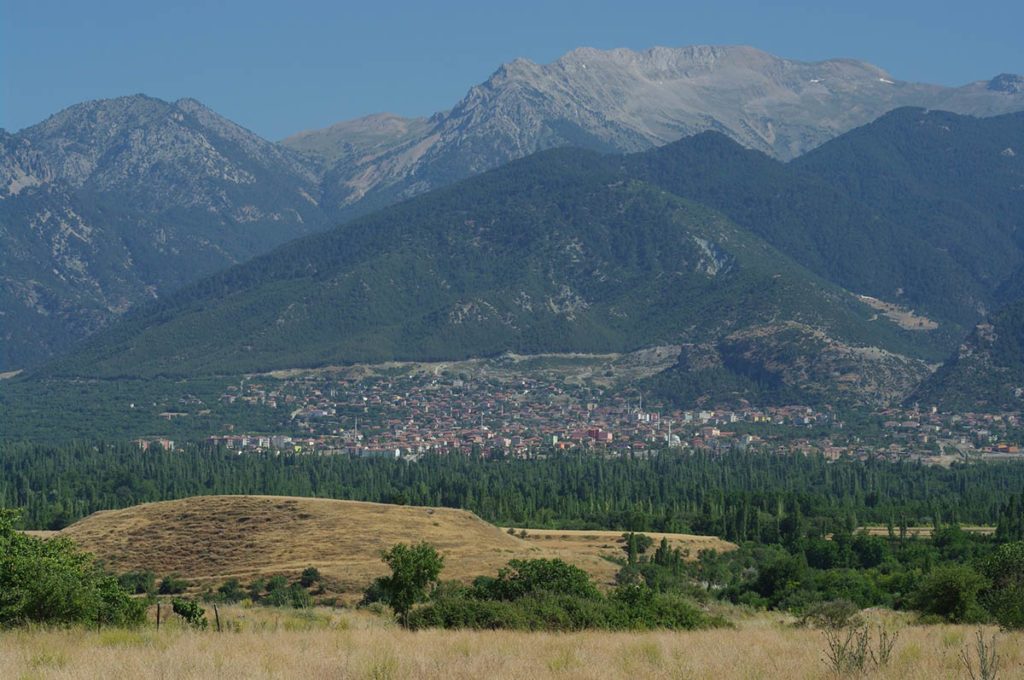 Where Is Biblical Colossae?

Where is Biblical Colossae?

The unexcavated site of Colossae sits near the modern city of Honaz at the base of Mt. Cadmus (in modern Turkey). It is located near the sites of Laodicea and Hierapolis, which also appear in the Bible.

Michael Trainor explores Colossae in his article “Colossae—Colossal in Name Only?” published in the March/April 2019 issue of Biblical Archaeology Review. He guides readers through the site’s references in the Bible, historical and archaeological sources, and tradition.

Colossae in the Bible. Where is Biblical Colossae? The unexcavated site of Colossae sits near the modern city of Honaz at the base of Mt. Cadmus (in modern Turkey). Photo: Courtesy of Alan H. Cadwallader.

Colossae appears only one time in the Bible: Colossians 1:2. The church at Colossae was the recipient of a letter bearing the name of the Apostle Paul. Yet there is no indication in the New Testament that Paul ever visited the site of Colossae. In fact, in Colossians 2:1 he implies that those at Colossae and nearby Laodicea had never seen him “face to face.”

Trainor explains that there may be another reference to Colossae and its church elsewhere in the New Testament:

Some scholars … conjecture that Colossae was the location for the receipt of Paul’s letter to Philemon and was most likely implicated in the Book of Revelation. Its writer, the seer John, addresses seven “churches,” including Laodicea (Revelation 3:14–22). The lukewarm waters of Laodicea, its gold and textile production, and its medicinal products become metaphors for the Laodiceans’ fidelity and religious commitment, which the writer of Revelation urged them to renew. The Colossians, by association and proximity to Laodicea, would have been similarly encouraged.

Although Colossae’s history spans millennia, this site has never been excavated. Yet Trainor is still able to reconstruct much of its history for BAR readers.

Pottery collected from Colossae’s surface shows that Colossae was occupied on and off from 3500 B.C.E. to 1100 C.E. (the Chalcolithic period through the Byzantine and Islamic periods). A 17th-century B.C.E. Hittite inscription might reference the site, calling it Huwalušija. Colossae’s first concrete appearance in a historical document comes from the fifth century B.C.E. when Herodotus mentions it as a “great city” visited by the Persian king Xerxes on his military campaign to Greece.

From the Persian period through the Byzantine period, Colossae was a large, important city. During the Byzantine period, it even served as a Metropolitan See (an archdiocese) and had one of the largest churches in the Near East: the Church of St. Michael, named after the archangel Michael. Known for healing the sick, St. Michael was a particularly important figure at Colossae. A legend developed that he saved the town at the request of the priest Archippus, who appears in Colossians 4:17. Trainor explains the legend:

Archippus seeks divine intervention to rescue the Christian populace of Colossae from a pagan invasion intent on diverting the waters of the Lycus River to flood and kill the city-dwellers. Michael intervenes, drives his spear into the earth, diverts the waters underground, saves the people, and creates the chasm that appears in the topography near Colossae. This story became a popular iconographic theme throughout Asia Minor and the Middle East. The etiological legend explains several topographical features of the landscape around Colossae, the movement of the Lycus River’s water underground and its healing properties, the meaning of the name given to Chonos/Honaz (meaning “plunging” or “funnels”), Colossae’s alleged relocation, and the largest church building in Asia Minor named after St. Michael. 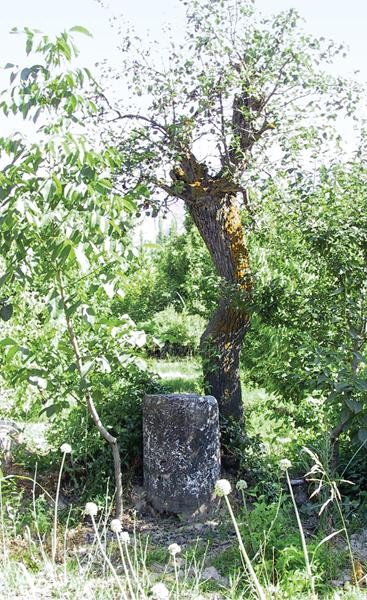 Colossal Church? Where is the Church of St. Michael at Biblical Colossae? Although the Church of St. Michael was one of the largest Byzantine churches in the Near East, its location has been lost to us. This column fragment northeast of Colossae near the Lycus River may mark its location. Alternatively, the church might have been located where the modern city of Honaz now stands. Photo: Courtesy of Michael Trainor.

Where is the colossal Church of St. Michael in Colossae? Despite its significance, its location has been lost to us. One tradition places the church northeast of Colossae near the Lycus River, and another locates it southeast of the tell in modern Honaz. Perhaps future excavations will reveal its location. We hope this site—of colossal importance—is excavated soon!

Learn more about Colossae in the Bible, history, and tradition in Michael Trainor’s article “Colossae—Colossal in Name Only?” published in the March/April 2019 issue of Biblical Archaeology Review.

——————Subscribers: Read the full article “Colossae—Colossal in Name Only?” by Michael Trainor in the March/April 2019 issue of Biblical Archaeology Review.

This article originally appeared in Bible History Daily in April, 2019