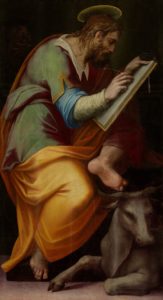 The three Synoptic Gospels (the Gospel of Matthew, the Gospel of Mark, and the Gospel of Luke) all share many similarities, as they all record the same general series of events and stories associated with the life, death, and teachings of Jesus of Nazareth. However, all three also have aspects that set them apart from each other. One of the more noticeable differences is Luke’s penchant for providing the speeches of Jesus in much shorter forms compared to the other gospels. This is especially noticeable in relation to the Gospel of Matthew, which is almost identical in size to the Gospel of Luke. A new study in the journal New Testament Studies by Joel Archer of Duke University has explored the possible reasons for Jesus’s shortened speeches in Luke. The study suggests that part of the reason was to provide an account of Jesus’s life that better conformed to the literary standards of Greco-Roman biographies. 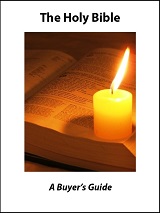 There are many suggestions to explain the differences between Luke and the other Synoptic Gospels. For instance, Mark Goodacre, a frequent Biblical Archaeology Society speaker, has suggested that Luke utilizes the motif of the Way of the Lord as a theological framing device for his narrative. Another possible difference, as argued by Archer, is that the author of the Gospel of Luke actively sought to conform his gospel to the standard literary style of Greco-Roman biographies. In this regard, it is notable that other aspects of Luke’s rhetorical and literary style are closer to the standard Greek style.1 For his new study, Archer took 18 Greco-Roman biographies, from Xenophon to Plutarch, and examined the lengths of various speeches. The majority of the biographies only contain speeches that are less than 200 words. A handful, however, contain speeches in the range of 300 to 600 words. The length of the speeches found in Luke fit quite well within this group, with only one speech longer than 600 words.

This does not mean that Matthew, which has a speech around 1,900 words, could not also be considered a Greco-Roman biography, as other features keep it in that genre. Instead, whereas Luke appears to actively adhere to the standards of the genre, Matthew tends to be more of an outlier, although the incredibly lengthy Life of Apollonius by Philostratus contains one speech even longer than those found in Matthew. This tendency for ancient biographies to contain shorter speeches is demonstrated in the works of authors who wrote in multiple genres. The autobiography of Josephus, for instance, contains no speeches longer than 100 words. Meanwhile, Josephus’s Jewish War, contains multiple speeches of more than 1,000 words. Luke’s efforts to bring his gospel in line with the literary style of the time does not diminish the theological or methodological reasons that he might also have had in crafting his gospel, but it does serve to explain some of the stark differences in his presentation of the sayings and speeches of Jesus.

The differences in the length of Jesus’s speeches in Matthew and Luke are best seen in the Sermon on the Mount (Matthew 5:3–7:27) and the Eschatological Speech (Matthew 24:4–25:46). These are the two longest speeches in the Gospel of Matthew at around 1,900 and 1,500 words, respectively. Meanwhile, the corresponding speeches in Luke (Luke 6:20–49; 21:8–36) are roughly 550 and 450 words, respectively. Indeed, Luke’s longest uninterrupted speech (Luke 15:4–16:13) is only some 800 words, making it four percent of the total length of the gospel. Matthew’s Sermon on the Mount, however, is more than ten percent of the book. On several occasions, Luke’s shortened speeches go beyond condensing or omitting material, such as separating the Lord’s Prayer from the Sermon on the Mount or the Parable of the Talents from the Eschatological Speech.

Luke’s speeches tend to be much closer in length to those found in the much shorter Gospel of Mark. The Eschatological Speech found in Mark (Mark 13), for example, is nearly identical to that found in Luke. However, at other times, Luke’s speeches are even shorter than those of Mark. Mark’s Parable of the Sower (Mark 4:3–32) is around 500 words, while Luke’s (Luke 8:5–16) is around 300 words. While the Synoptic Gospels have much in common, it is likely that one of the features that sets the Gospel of Luke apart from the rest is simply its correspondence to Greco-Roman literary style.

The Church of Laodicea in the Bible and Archaeology

Mary, Simeon or Anna: Who First Recognized Jesus as Messiah?

Who Wrote the Gospel of Luke?

The Infancy Narratives in Matthew and Luke—Of History, Theology and Literature

Early References to a Marcan Source