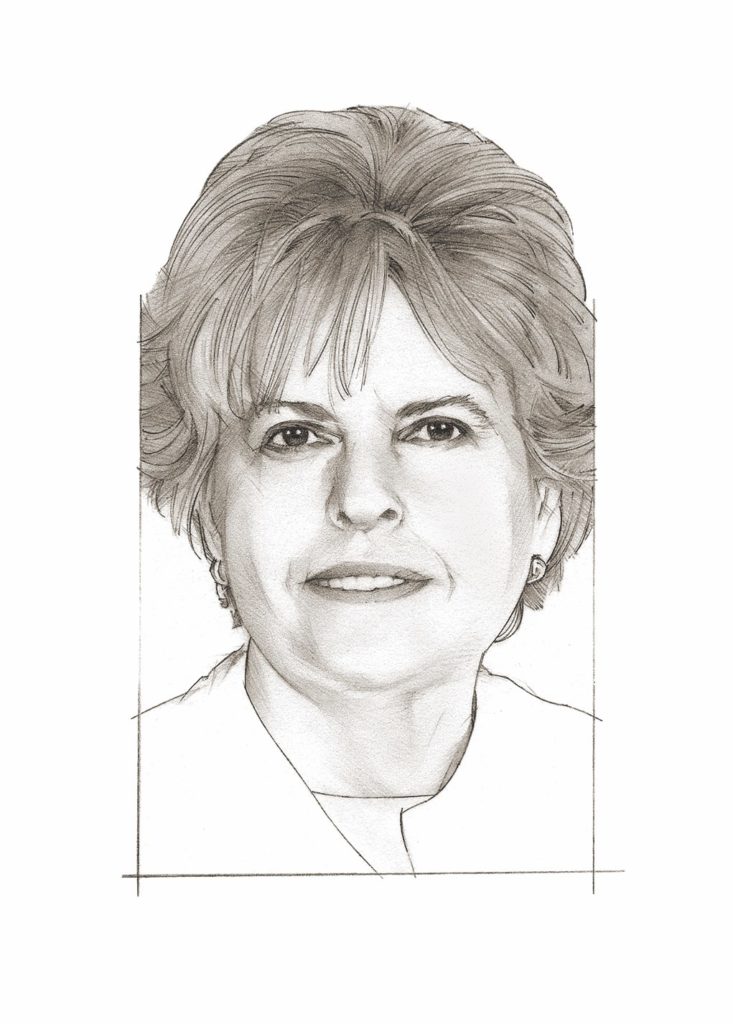 Linda Hope is the eldest daughter of legendary comedian Bob Hope. A producer and writer, she worked with her father for many years and produced the Emmy Award–winning 1993 TV special Bob Hope: The First 90 Years. With co-author Martha Bolton she recently published Dear Bob: Bob Hope’s Wartime Correspondence With the GIs of World War II, which received the 2021 Golden Scroll Award for memoir of the year from the Advanced Writers and Speakers Association. Military History interviewed Hope about the book and memories of her father’s experiences entertaining soldiers of the “Greatest Generation” during World War II.

Why did you assemble your father’s wartime letters into a book?

What motivated me was the 75th anniversary of World War II. Dad was very involved in the 50th, and I thought this would be a good way to represent not only him, but also the men and women he corresponded with over those years.

Were there any particularly poignant letters, from him or to him?

One of the things that comes to mind was when I went with him on the Queen Elizabeth 2 to celebrate the 50th anniversary. There were these wonderful older men (in their 70s and 80s) who would bring old, somewhat faded photos with Dad in the very far distance to share with him. That people would keep these photographs for all those years just to have him sign them if and when the opportunity arose—Dad and I were just so touched they kept them and considered them among their treasures and keepsakes. It is additional confirmation of the depth of his connection to the troops.

Do you recall any of your father’s letters home?

Truthfully, no, because I was a child. I was born in 1939. Obviously, I really don’t remember letters to mother or us from him. I don’t think he had much time for letter writing, not to mention I’m sure he was aware of the time it took to get a letter to get back to the States in those days. It was a long way from today’s almost instant communication via computer.

Did he ever express why he traveled the world entertaining U.S. troops in wartime?

Not in as many words. He never made a statement to me or the family. However, he would say in all kinds of small ways what it meant to see the guys, to be there with them and to go out to them where they were serving. He felt like a bridge between the soldiers and their families or loved ones at home.

Your father was known as the “soldier’s best friend.” Why was he able to relate so well to soldiers and their families?

It was because his material was so geared to them individually, in small groups and specifically to their area. He had a sense of who they were and what they were going through, and he was by nature a friendly guy. He went to the mess halls and places where the troops would congregate. He would interact with them and exchange stories and talk about their families and friends. The very fact he was willing to take some very big risks to be with them, in often remote places, made them feel as though people back home were remembering them and their sacrifices. He was very important to them as a morale builder, as well as a reminder of home and what they were fighting for.

Did he have a favorite tour or destination?

I don’t think so. Each was special in its own way.

Did he ever test his comedy material on the family?

Actually, that was his style. He would run monologue material by the family at dinner throughout his career. I am sure he did the same to some extent during those World War II days, though because he fashioned each monologue to incorporate as much local color as possible, he wasn’t able to run everything by the family. In addition, remember, the military did not always let him know where he and his troop of entertainers would be going.

Did you accompany your father on USO tours? What do you recall?

Not during World War II. I was a bit young then. My brother and I did travel with him to Alaska in the 1950s. That was our first tour. It was Christmas, and he was invited by then Secretary of the Air Force Stuart Symington to entertain troops stationed there. We were thrilled, because as Californians the thought of a “White Christmas” was very exciting.

Do you have any personal memorabilia from those tours?

Not anymore. Most of what I collected relating to my father and his trips was donated to the Bob Hope Archives and given to museums and libraries across the country.

Which fellow entertainers did he most like to tour with?

Dad truly loved all the men and women willing to give of their time and talent to help him entertain the troops. I know he had a particularly fun time with Phyllis Diller, who made many trips with him. And, of course, during World War II there were Frances Langford, Jerry Colonna, Patty Thomas and Tony Romano, his one-man band. They were the ones who went to all the hot spots on small planes, spending hours in the air. Remember, it was 1942, and travel was not remotely like it is today, not to mention their accommodations were tents and hastily put-together locations for them to relax. The women who entertained had a particularly difficult time, as the military at that time was not set up at all for women.

Did you meet any of those entertainers? Did you collect autographs?

Yes, I met most of them, and a lot of them signed scripts for charity auctions.

How did your family, particularly your mom, feel about him traveling to conflict zones?

Like any military wife, she was very concerned for his safety, and since she was a very good Catholic, she lit a lot of candles and said a lot of prayers. However, she realized and emphasized with all her children that what Dad was doing was very important, and that it was something he was uniquely gifted to do. My mother always told us when we would complain about Dad’s absence that at least I knew he would be coming home in the next few weeks, whereas so many other boys and girls had no idea when their fathers or brothers would return.

Your father was born in England, and his father and other relatives lived there during the Blitz. Did he express worry about their safety?

I don’t remember. My parents made a trip to the United Kingdom in 1939 to introduce mother to his family. He loved his U.K. relatives and used to visit them often and invited them to visit here in the U.S. many times.

In 1997 Congress made your father an honorary veteran of all U.S. armed forces. How important was that honor to him?

He used to say that to be included among the men and women who gave so much for the country he loved was one of the most important honors he ever received.

Did any family members serve in uniform?

Did he ever express regret at not having served in uniform himself?

Initially he did. He wanted to sign up. But when he entertained the military for the first time—at March Field, Calif., on May 6, 1941—it was clear from the experience how starved the military audience was for entertainment and what an exceptional audience they were. It was amazing and thrilling for him. He was used to smaller studio audiences. Suddenly, here were thousands of guys, and once he heard the roar of their laughter, he was hooked. He also realized he had been given a gift, and he felt it was something he was meant to do. This was confirmed to him by President Franklin Roosevelt.

Why is it important to remember your father’s wartime legacy today?

More than ever the spirit of that generation, aka the “Greatest Generation,” is something we need in our country today. The willingness to give of ourselves for the good of others sadly seems to have been lost. The generosity of spirit of those World War II days is something that, if we could even get a part of it back, would help us through these difficult and divisive times.

The impact my dad had on the families of the servicemen and servicewomen is in some ways even more significant today. It wouldn’t truly be understood until years later when the children, grandchildren and even great-grandchildren of the soldiers proudly related stories of their parent or grandparent having met Dad. Those moments became part of their own family history. People have shown us framed letters from Dad and still have them on display in their homes.

I would just encourage them to read the book, Dear Bob, because they will learn about the spirit of the men and women who sacrificed, including my Dad.