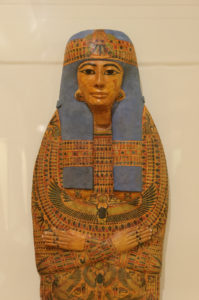 What we learn from the Bible and archaeology

Not Pharaoh’s Daughter. This coffin cover belonged to a woman who lived in Thebes during Egypt’s 21st Dynasty. Although her name has not been preserved, she seems to have been wealthy and belonged to the clerical class—as indicated by the style of her coffin cover. The woman lived around the same time as Solomon’s bride, the unnamed daughter of Pharaoh, would have lived. Credit:  Photo Robin Stevens/CC by-NC-ND 2.0.

King Solomon was famous for his wisdom and, among other things, his many marital and extramarital relationships. His harem is given at 700 wives and 300 concubines (1 Kings 11:3)—surely an exaggeration. According to 1 Kings 11, he also took foreign wives, some of whom led him to idolatry. For example, to satisfy his Moabite wives, he built a shrine to the Moabite god Chemosh. The biblical writer trembles with indignation when reporting Solomon’s falling away.

It is not remarkable that Solomon should ally himself with queens from the lands around him. Such had been royal policy for many kings throughout ancient Near Eastern history. Yet what was remarkable was for Solomon to have married into the Egyptian royal family (1 Kings 3:1).

What was so exceptional about it? Take as an example this exchange found in one of the famous Amarna Letters (c. 14th century B.C.E.), written by the Babylonian king Kadashman-Enlil II to the Egyptian pharaoh Amenhotep III, more than three centuries before the time of Solomon:

Moreover, you my brother, when I wrote to you about marrying your daughter, in accordance with your practice of not giving (a daughter) you wrote to me “From time immemorial no daughter of the king of Egypt is given to anyone.” … I wrote as follows … Send me a beautiful woman as if she were your daughter. Who is going to say, “She is no daughter of the king!” But holding to your decision, you have not sent anyone.1

According to biblical scholar Abraham Malamat, there is only one other example of a potential Egyptian princess being given to a foreign ruler—to King Nikmad of Ugarit, according to an Ugaritic document depicting the marriage. However, Malamat concludes that the king probably did not marry an actual daughter of the pharaoh but rather a member of the royal harem. The Greek historian Herodotus reports that King Amasis of Egypt even refused to give his daughter to Cambyses, king of Persia (Histories, Book III:1).2

The alliance of Solomon and Egypt, if true, was truly an exception. The question is, was it a genuine happening or an empty boast? Malamat’s example from Ugarit provides at least a partial precedent. Certainly, the Egyptian ruler who gave an “Egyptian princess” to Nikmad went far beyond what Amenhotep III was willing to do for the Babylonian monarch. A look at the biblical text recounting Solomon’s marriage to an Egyptian princess seems to be in order.

At the end of 1 Kings 2, Solomon has consolidated his rule. Chapter 3 begins with breaking news: “Solomon contracted a marriage alliance with Pharaoh, king of Egypt, taking the daughter of Pharaoh as a wife, and bringing her [to live] in the City of David, until he finished building his palace, and the Temple of YHWH, and the wall encircling Jerusalem” (author’s translation). 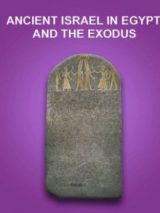 Thus, at an early stage in his reign, Solomon married Pharaoh’s daughter. The next verse (3:2) focuses on the local shrines where people worshiped before the Temple was built. The writer seems to be more interested in Solomon’s building projects than the Egyptian alliance. However, the mention first of Pharaoh, king of Egypt, has a touch of what one might call realpolitik. The references to Solomon’s signature building projects make it look like something other than empty boasting about a fabulous bride, since building the Temple, for instance, overshadows the brilliant match.

Fast forward to 1 Kings 9:24: “As soon as Pharoah’s daughter went up from the City of David to the house [Solomon] had built for her, then he rebuilt the Millo citadel.” Again, the text mentions Pharaoh’s daughter mainly in terms of Solomon’s building projects. Alas, no one has identified the house or palace Solomon is said to have built for his Egyptian wife, but some scholars have identified the Millo with the so-called Stepped Stone Structure in Jerusalem.3

Now rewind just a bit to 1 Kings 9:15–17: “And this is the matter of the corvée which Solomon raised to build the Temple of YHWH, his palace, the Millo, and Jerusalem’s wall, and also Hazor, Megiddo, and Gezer. Pharaoh, king of Egypt, went up and captured Gezer, burning it with fire and killing the Canaanites who dwelled in the city, and he gave it as a dowry for his daughter, Solomon’s wife. Solomon fortified Gezer…”

According to the excavators of Gezer, city walls and gates have indeed been found that date to the tenth century B.C.E., the time of Solomon.4 These are similar to fortifications at Megiddo and Hazor. The dating of these fortifications is supported by the biblical text, as well as more recent radiocarbon dates.5 Nevertheless, not everyone agrees that these fortifications were built in the tenth century. Some archaeologists date them to the ninth century, long after Solomon’s reign.6 In the light of the recent ceramic and radiocarbon evidence, however, this revised dating seems highly improbable.

The reference to the Canaanites in Gezer also fits in well with Joshua 16:10 and Judges 1:29, both of which affirm that the Israelites were unable to dispossess the Canaanites of Gezer. Apparently, that was still true until Pharaoh came along and gave Gezer as a dowry to Solomon. 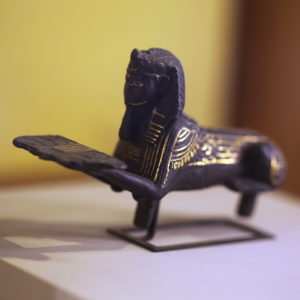 Siamun’s Sphinx. Made of bronze and gold, this sphinx of Pharaoh Siamun measures about 4 inches long and 2 inches high. It is in the collections of the Louvre. Siamun of Egypt’s 21st Dynasty might have been Solomon’s father-in-law. Credit: Rama, CC BY-SA 3.0 FR, via Wikimedia Commons

Which pharaoh was Solomon’s father-in-law? Since the text does not name him, it is not clear, but scholars think it was Pharaoh Siamun of the 21st Dynasty or less probably, his successor, Psusennes II.7 We are also not given the name of Pharaoh’s daughter.

Why the Egyptian king chose to ally himself with Solomon is a matter of speculation. Since it happened early in Solomon’s reign, it may have been a gesture of respect to David, Solomon’s father, and may hint that David’s reign had been successful. Certainly, Egypt must have been conscious of the fact that it no longer had an empire in the Levant. As a result, it may have been more willing to ally itself with Solomon. Even so, the taking of Gezer might have given Egypt a psychological boost. Upon the death of Solomon, however, Pharaoh Shoshenq I (biblical Shishak), who founded the 22nd Dynasty, flexed Egyptian muscle and devastated Gezer and several other southern Levantine towns in his famous campaign, which is attested in both Egyptian records and the biblical text (1 Kings 14:25–26).8 The alliance between Solomon and Egypt was clearly short-lived. 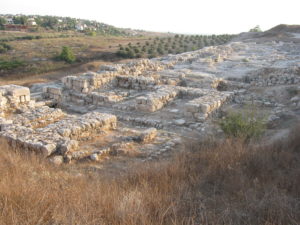 Gezer’s Gate. Archaeologists at Gezer have dated this six-chambered gate to the tenth century B.C.E., the time of King Solomon. Credit: Ori~, Attribution, via Wikimedia Commons

In conclusion, the biblical allusion to Pharaoh’s daughter as Solomon’s wife seems to not be an idle boast. Given 1 Kings 11, where foreign wives are the instrument of Solomon’s downfall, this is not altogether surprising. Different biblical books have differing agendas. In fact, the much later Book of Chronicles, which seeks only to glorify Solomon, purposely omits any mention of Solomon’s downfall in the Book of Kings. Indeed, the Chronicler’s only mention of Pharaoh’s daughter uses her to show Solomon’s piety: “Solomon brought up Pharaoh’s daughter from the City of David to the house he had built for her. For he said, ‘No wife of mine shall remain in King David’s precincts because they are holy since the ark of YHWH has entered them’” (2 Chronicles 8:11).

Whereas the Book of Kings uses Solomon’s foreign wives to decry him as an idolator, Chronicles uses Pharaoh’s daughter as an occasion to boast of Solomon’s piety. That’s boasting, biblical style!

Philip D. Stern is the author of The Biblical Herem: A Window on Israel’s Religion Experience (1991), now in its 2nd edition on JSTOR.org. He was philological editor to a translation of Genesis in W.G. Plaut’s The Torah: A Modern Commentary, rev. ed. (2005), and is currently working on a volume on the patriarchal narratives of Genesis.

2. Abraham Malamat, “The Kingdom of David and Solomon in Its Contact with Egypt and Aram Naharaim,” Biblical Archaeologist 21.4 (December 1958), p. 98.

3. Nadav Na’aman, “The Interchange Between Bible and Archaeology: The Case of David’s Palace and the Millo,” BAR, January/February 2014.

8. Abraham Malamat, “The Kingdom of David and Solomon in Its Contact with Egypt and Aram Naharaim,” Biblical Archaeologist 21.4 (December 1958), p. 99.

The Doorways of Solomon’s Temple

Searching for the Temple of King Solomon

The Royal Purple of David and Solomon