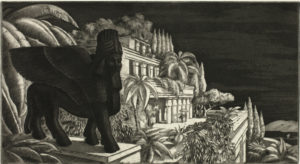 Where Are the Hanging Gardens of Babylon?

Uncovering a lost wonder of the world

Where are the Hanging Gardens of Babylon? Today, the exact locations of six of the seven ancient Wonders of the World are known. Yet, the identification of the Hanging Gardens remains elusive. As recorded in multiple Greek sources, the gardens were one of the greatest feats of ancient engineering and included an irrigation system that was centuries ahead of its time. Yet, after thorough excavation of the site of ancient Babylon (located about 50 miles south of modern Baghdad), nothing of the gardens has been uncovered, leading many scholars to see the story as a fantasy. Others, however, have a different idea. What if the gardens did exist, but not in Babylon? 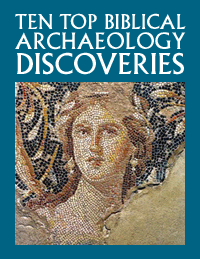 According to the Jewish historian Josephus (Antiquities 10.220), the gardens were constructed by the infamous Babylonian king Nebuchadnezzar II as a gift to his wife. Although their details vary, several other ancient authors also wrote about the gardens, including Ctesias and Strabo. With all these writings, the lack of any definitive location for the Hanging Gardens of Babylon is certainly a puzzle. Despite years of excavation at the Babylonian capital city, no surefire locations for the famous gardens have been identified. The problem is even more troubling when looking at native Mesopotamian sources, where no such monumental gardens are ever recorded as having been constructed in Babylon.

Following famed archaeologist Leonard Woolley, earlier generations of scholars suggested that perhaps the ziggurat of Babylon was the garden. This idea, however, has been soundly rejected based on ancient depictions of ziggurats that show them unadorned by plants or foliage. Recently, some scholars have suggested that maybe the Hanging Gardens of Babylon were located at Nebuchadnezzar’s Outer Palace, where there is sufficient space for such a monumental feature. Unfortunately, the area is poorly preserved and provides no definitive archaeological evidence for the presence of a garden. So where are the Hanging Gardens of Babylon?

The Hanging Gardens of Nineveh?

One proposed solution to the problem of where are the Hanging Gardens of Babylon is that they were not located in Babylon at all. As first proposed by Assyriologist Stephanie Dalley, these famous gardens might instead have been constructed in the Assyrian city of Nineveh.1 Specifically, these gardens were constructed not by the Babylonian king Nebuchadnezzar II, but by Sennacherib, king of Assyria (r. 704–681 B.C.E.). According to Dalley, despite the name given to them by later writers, the Hanging Gardens fit much better with the archaeological and textual evidence from Nineveh. One issue with identifying the gardens with Babylon is that after the fall of the Babylonian empire in 539 B.C.E., the course of the Euphrates River was intentionally diverted away from the city. While most descriptions of the Hanging Gardens state that they pulled water directly from the Euphrates, this water source would have long dried up by the time the Greek accounts were written. It is also important to note that many classical and Greek descriptions of Babylon do not make any mention of the Hanging Gardens, which surely would have been noted if they were actually to be found in Babylon. 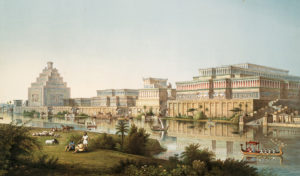 Another factor in favor of identifying the Hanging Gardens with Nineveh is that the Assyrian sources depict just such a garden. While there is a stark absence of any mention of large garden works within any texts from the reign of Nebuchadnezzar, texts from the time of Sennacherib speak extensively about his horticultural projects within Nineveh. More importantly, several of Sennacherib’s inscriptions mention that he constructed a palace in Nineveh with an incredible garden that he called “a wonder for all peoples.” Sennacherib’s inscriptions also describe a revolutionary new irrigation system, which Dalley argues is incredibly similar to the system that supplied the supposed Hanging Gardens of Babylon, as mentioned by Strabo and others. In examining the archaeological remains of Sennacherib’s palace, Dalley likewise suggests that the ruins of Sennacherib’s garden closely follow the classical description of the Babylonian gardens.2

Confusion Between Babylon and Nineveh

How is it possible that the classical sources unanimously got the location of the Hanging Gardens of Babylon wrong? As mentioned by Dalley, later writers frequently conflated the two cities of Babylon and Nineveh. Part of this is due to foreign authors’ poor understanding of Mesopotamian history. Herodotus, for example, considered the Assyrians and Babylonians to be the same kingdom. Within Jewish literature, Sennacherib and Nebuchadnezzar are often similarly conflated, which could explain Josephus’s attribution of the gardens to Nebuchadnezzar. 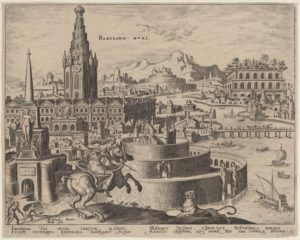 However, there is also a historical basis for this conflation of the two imperial cities. Throughout the ancient Near East, royal inscriptions would sometimes intentionally conflate different cities to make political or religious statements. Sennacherib is well known for his attempts to establish Nineveh as a new Babylon following his conquest and destruction of that city. He transferred the Babylonian cult to Nineveh and frequently described the city with terms that had previously only been applied to Babylon.

Although there is no definitive answer to the question, “where are the Hanging Gardens of Babylon,” an examination of the archaeological and textual sources reveals that they were likely not located in Babylon itself. Instead, as Dalley has argued, it is very possible that the gardens did exist, but were to be found in Nineveh, the capital of Sennacherib, the Assyrian king, who conquered Babylon.

Mad to See the Monuments