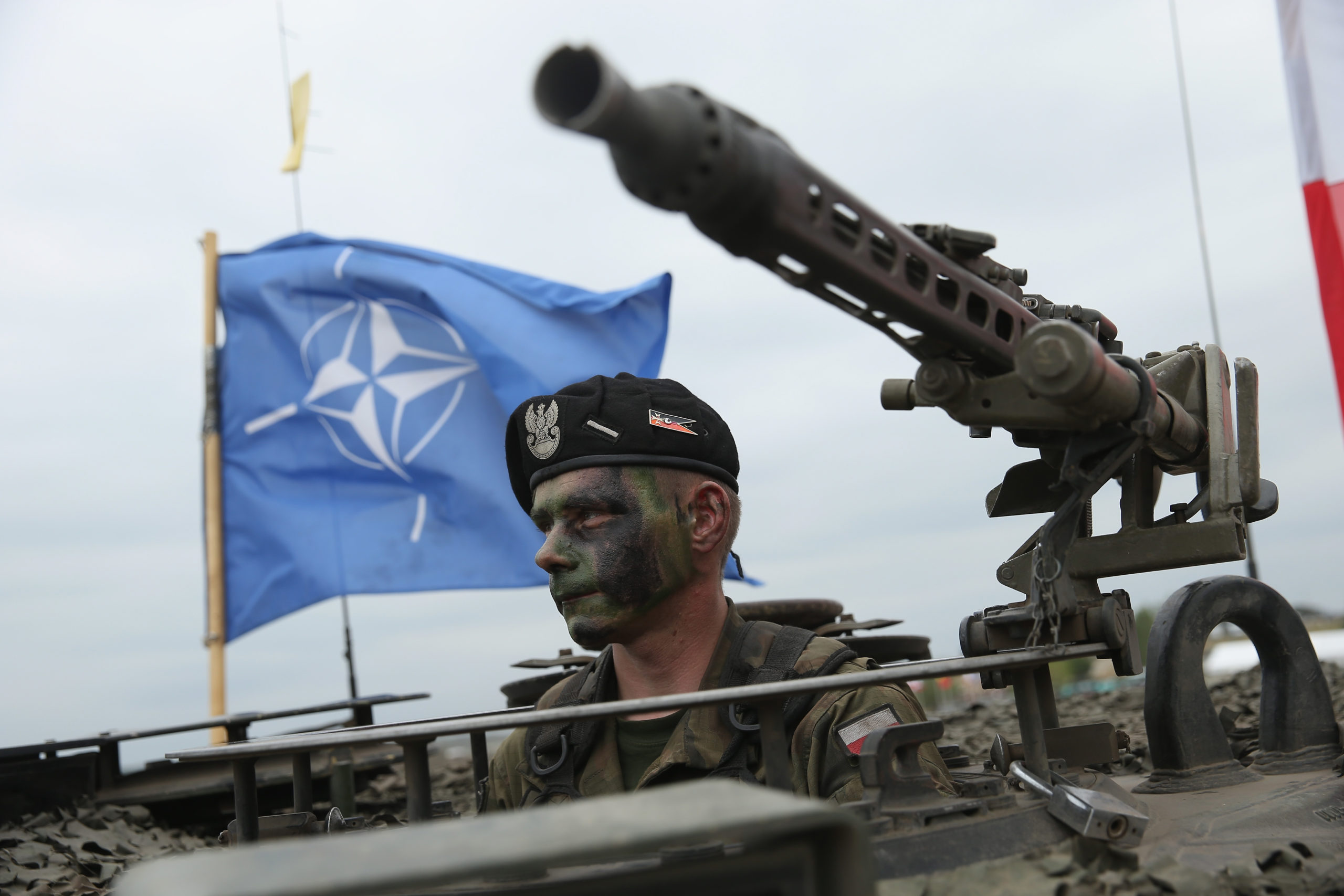 In response to Russia’s invasion of Ukraine, the leaders of Finland and Sweden announced their official move to apply to join NATO.

The Sunday announcement “changes decades of Finnish policy toward the Cold War-era military alliance and it upends more than two centuries of Swedish policy,” according to NPR.

For decades, Finland — which shares an 830-mile-long border with Russia —remained staunchly opposed to joining NATO for fear of provoking it’s larger neighbor.

That sentiment began to rapidly shift, however, with the Russian incursion into Ukraine. A recent poll showed that 76 percent of Finns support joining NATO, with the Finnish Parliament expected to endorse the decision in coming days, although it is considered a formality.

“If [Putin] has used the threat of NATO as a justification for his acts, now we could show [him] that the NATO has to expand because of his acts,” Jouni Kaipia, an architect and a photographer, said during a recent rally in Helsinki to support Ukraine.

The last nation to join NATO was North Macedonia in 2020. At its formation in 1949 there were 12 members: the United States, Canada, Belgium, Denmark, France, Iceland, Italy, Luxembourg, the Netherlands, Norway, Portugal and the United Kingdom. Today that number has swelled to 30.

The last nation to join was North Macedonia in 2020.

The Beginnings of NATO

Approximately 36.5 million Europeans died during the Second World War. Nineteen million of them civilians. Yet the carnage of war extended much farther than its casualties — devastating as they were. Virtually no community remained untouched by the ravages of the six-year conflict, leaving Europe struggling to rebuild their economies — and their borders.

The resulting postwar European Recovery Program, or Marshall Plan, as proposed by then- Secretary of State George Marshall, provided large-scale economic aid to Europe. Yet peace remained uncertain on the continent.

The civil war in Greece, along with tensions in Turkey, led President Harry S. Truman to assert that the United States would provide economic and military aid to both countries, as well as to any other nation struggling against subjugation — a direct rebuke to the Soviet blockade of Berlin and its sponsored coup in Czechoslovakia that resulted in a pro-Moscow government.

Naturally so then, the longstanding belief is that the North Atlantic Treaty Organization arose at the dawn of the Cold War in response to the threat posed by the Soviet Union.

That’s only partially true, however.

The Alliance, according to NATO, was part of a “broader effort to serve three purposes: deterring Soviet expansionism, forbidding the revival of nationalist militarism in Europe through a strong North American presence on the continent and encouraging European political integration.”

A fact that has allowed NATO to continue to exist, even with the collapse of the Soviet Union in 1991.

NATO During and After the Cold War

While NATO “made allies out of the signatory nations, it did not create a command structure that could direct their militaries,” historian Marc G. Desantis wrote for HistoryNet.

The need for better organization was thrown into stark relief by the Soviet Union’s successful testing of an atomic bomb in 1949 and the beginning of the Korean War the following year. In 1950 NATO forces were placed under a single headquarters command outside Paris, and Gen. Dwight D. Eisenhower was named Supreme Allied Commander in Europe. Since that time, the post has always been filled by an American general or admiral.

Though the treaty has not been altered in its seven decades, the strategic stance of NATO has evolved with the times. In the 1950s, the doctrine of “massive retaliation” — in which the United States would respond with large-scale use of nuclear weapons in response to even a conventional Soviet attack — dominated.

In the 1960s, the United States and NATO moved to the doctrine of “flexible response,” in which the alliance could choose from a wider range of responses to aggression, including nonmilitary ones.

From 1969 to 1991, the American military participated in a series of annual NATO exercises known as “Reforger,” designed to ensure that additional forces could be deployed quickly to West Germany in the event of a full-scale Soviet attack.

Despite the demise of the Soviet Union, NATO has endured due to the fact that the Alliance’s two other mandates still hold: to deter the rise of militant nationalism and to provide the foundation of collective security — such in the case of the former Yugoslavia — that would encourage democratization and political integration in Europe. The definition of Europe, according to NATO, has merely expanded eastward.

How Does a Nation Join NATO?

A country does not technically apply to join NATO. Rather, any European nation can request to join the organization and its “open door policy” so long as it meets the requirements for membership, which include having “a functioning democratic political system based on a market economy; fair treatment of minority populations; a commitment to resolve conflicts peacefully; an ability and willingness to make a military contribution to NATO operations; and a commitment to democratic civil-military relations and institutions.”

Based on Article 10 of the founding treaty, once a nation has expressed interest, the existing member states “may, by unanimous agreement, invite any other European State in a position to further the principles of this Treaty … to accede.”

Ratification can take a year, NATO diplomats told Reuters, as the parliaments of all 30 NATO countries must approve new members.

Finland and Sweden have received support from the United States, Germany and Britain for their possible memberships, while Moscow has repeatedly warned of “serious consequences” if Finland and Sweden join NATO, saying it would have to “strengthen its land, naval and air forces in the Baltic Sea, and raised the possibility of deploying nuclear weapons in the area,” Reuters reported.

What Happens if a NATO Country is Attacked?

Article 5 of the North Atlantic Treaty states: “The Parties agree that an armed attack against one or more of them … shall be considered an attack against them all and consequently they agree that, if such an armed attack occurs, each of them, in exer­cise of the right of indi­vidual or collect­ive self-defence recog­nised by Article 51 of the Charter of the United Nations, will assist the Party or Parties so attacked by taking … such action as it deems neces­sary, includ­ing the use of armed force, to restore and main­tain the secur­ity of the North Atlantic area.”

But even here the language around collective defense obligations is relatively flexible, even opaque. Article 11 of the treaty explains that “its provi­sions [shall be] carried out by the Parties in accord­ance with their respect­ive consti­tu­tional processes.”

Therefore, in the United States, even if a NATO ally is attacked and Article 5 is invoked, the president must obtain congres­sional author­iz­a­tion before send­ing the milit­ary into a conflict zone.

The critical Article 5 of the treaty has been triggered only once: In the immediate aftermath of the 9/11 attacks on New York and Washington, D.C., NATO dispatched AWACS aircraft to patrol the East Coast of the United States.