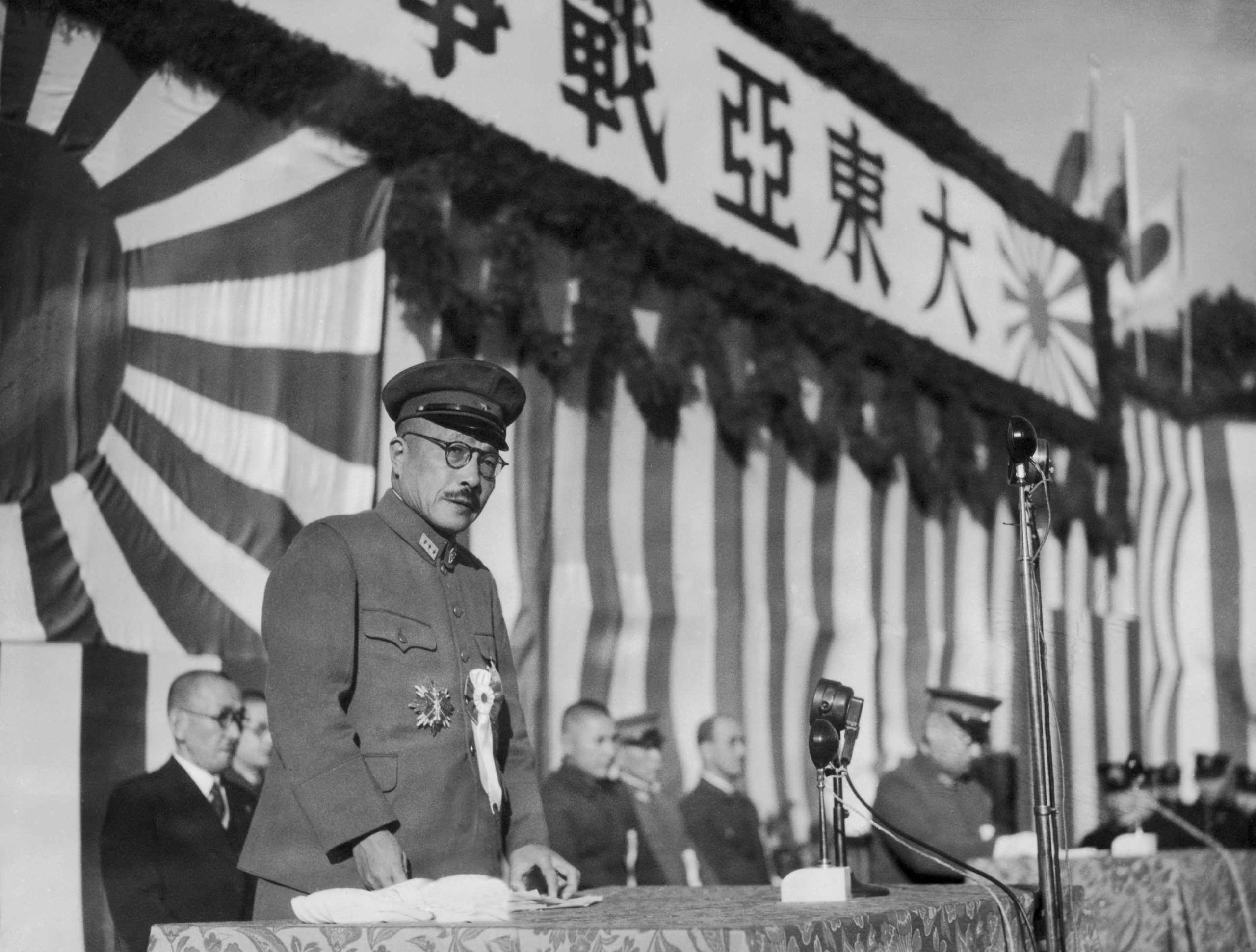 By the summer of 1945, Japan had, by every reasonable standard, lost the war. The American juggernaut had destroyed its navy, breached its island defenses, choked its economy, and firebombed its cities. Yet the Japanese government approached the question of surrender with great trepidation, in part because any move to capitulate would likely trigger a military coup d’état.

In fact, an attempted coup is exactly what happened. Although little known to Americans, most Japanese are familiar with the incident thanks to the 1967 film Japan’s Longest Day, which is often broadcast on the anniversary of Japan’s surrender. The film has at its heart the efforts of a cabal of young army staff officers to persuade several key commanders to overthrow the government and continue the war. Its central character is Japan’s army minister, Gen. Korechika Anami (played by actor Toshiro Mifune, often called Japan’s John Wayne), who sympathized with the staff officers but ultimately blocked the coup. But what if Anami had decided to join the coup instead?

In fact, Anami strongly opposed the idea of succumbing to the Allied demand for unconditional surrender, even after the shattering events of early August 1945 — the atomic bombing of Hiroshima on Aug. 6, the Soviet entry into the Pacific war on Aug. 8, and the atomic bombing of Nagasaki on August 9. He and two other members of Japan’s Supreme War Council preferred to continue fighting — not in the hope of winning the war, but rather to damage the enemy enough to achieve a negotiated surrender that would preserve the kokutai, or the institution of the emperor. The other half of the council—the foreign minister, navy minister, and prime minister Kantaro Suzuki — favored surrender.

Ultimately, in what became known as his “sacred decision,” Emperor Hirohito threw his moral weight behind those in favor of capitulating. On Aug. 10, the Japanese government indicated its acceptance of the Allied demand for unconditional surrender, with the “understanding” that this did not “comprise any demand which prejudices the prerogatives of His Majesty as a Sovereign Ruler.” The Allied response came back a day later. In response to the Japanese government’s proviso, it replied that from the moment of surrender “the authority of the Emperor and the Japanese Government to rule the state shall be subject” to the Allied Supreme Commander — a phrasing that was at best ambiguous about the preservation of the kokutai.

THE COUP AGAINST ‘DEFEATISTS’

Although the Japanese government attempted to keep the negotiation with the Allies secret, it was soon discovered by six officers occupying key positions within the military bureau of the army ministry. They hatched a plan to isolate the existing government and place the real power directly in the hands of the army, particularly Anami. The officers did not regard themselves as disloyal to the emperor; rather, they considered him misled by “defeatists” in high places, and thought their higher duty lay in assuring the kokutai.

Their plan depended on the cooperation of the Imperial Guards Division, which protected the palace, and the Eastern District Army, which controlled Tokyo and its environs. Gen. Takeshi Mori led the former, while Gen. Shizuichi Tanaka commanded the latter. Their support was crucial. The plotters’ chances would be greatly improved if they could also gain the support of Anami and the army chief of staff, Yoshijiro Umezu.

The plotters approached Anami on Aug. 12; he managed to delay the plan’s execution by 24 crucial hours. During that time, he quietly alerted Mori and Tanaka to the possibility of an insurrection, and the Suzuki cabinet, joined by the emperor, decided to surrender without further negotiation.

But Anami’s stance toward the plotters was so sympathetic that most of them believed he might yet come to their side, and they put their plan in motion. On Aug. 15 the plotters approached Gen. Mori. Finding him intransigent, they shot him and dispatched false orders over his signature. Elements of the Imperial Guards Division surrounded the palace, isolating Hirohito. Soldiers entered the offices of the Imperial Household Agency and fruitlessly ransacked it in search of the recording of the imperial decree of surrender. Meanwhile, Gen. Tanaka learned of their efforts, rushed to the palace, and stopped the plot in its tracks by exposing Mori’s alleged orders as fraudulent. The conspirators then killed themselves.

WHAT IF ANAMI HAD JOINED THE COUP?

The outcome might have been different had Anami given his full support to the plotters. In that scenario, Anami joins the plot on Aug. 12. He goes to Umezu, the army chief of staff, at once. Umezu initially resists the idea, but, certain that the plan will succeed with Anami’s support, agrees to go along with it. The coup begins as originally scheduled at midnight on Aug. 13–14. Both Mori and Tanaka oppose the plot, as they did historically, and both are assassinated. The Imperial Guards Division accepts the forged orders as genuine, especially since both Anami and Umezu endorse them, and isolates the palace. The Eastern District Army declares martial law.

Key members of the peace faction are placed in “protective custody,” preempting the cabinet’s ability to discuss the Allied response to the initial surrender offer. Hirohito, isolated within the palace, has no opportunity to influence events. He has no constitutional power to act anyway, save to ratify a cabinet-level decision, and an imperial decree would be pointless anyway. Indeed, as a military government coalesces around Anami, Hirohito might have gone along reluctantly with this new development. The military government makes clear to the Allies that Japan will continue to resist.

Anami and others assume that continued resistance will make future negotiations more favorable toward the Japanese. But what the Japanese cabinet had feared now becomes reality: the Allies are no longer open to negotiation. And it is hard to see how the new military government, once installed, could ever reverse its decision to continue the war, no matter how adverse the chain of subsequent events.

By shunting aside Hirohito in favor of an abstract loyalty to the kokutai, the plotters would have set a precedent that any group of diehards could have exploited thereafter. According to the logic that undergirded the original coup, anyone within the government who breathed a word about surrender could be arrested or assassinated by those who wished to fight on. With no political ability to end the war, the conflict would have continued until Japan’s military ability to resist was completely destroyed, with millions more dead as a result.

THE MYSTERY OF ANAMI’S ‘CRIME’

None of this occurred, however, because Anami placed loyalty to the emperor first. Yet his conduct between Aug. 12 and Aug. 15 — his temporizing with the fanatical young officers, his refusal to denounce them outright or secure their arrest — suggests an intense internal struggle. On Aug. 15, 1945, the same day that Hirohito broadcasted the news of the Japanese surrender, Anami rebuffed a final attempt by his brother-in-law to join the plot. He then knelt, ritually disemboweled himself in the act of seppuku, and plunged a knife into his neck in an unsuccessful attempt to sever the carotid artery. His brother-in-law helped him complete the act, then placed on his body two valedictory poems that Anami had composed. One of them read, “Believing firmly that our sacred land shall never perish, I — with my death — humbly apologize to the Emperor for the great crime.”

To this day, no one knows to what crime he referred; perhaps it was the temptation he had felt to join the plotters and defy his emperor.