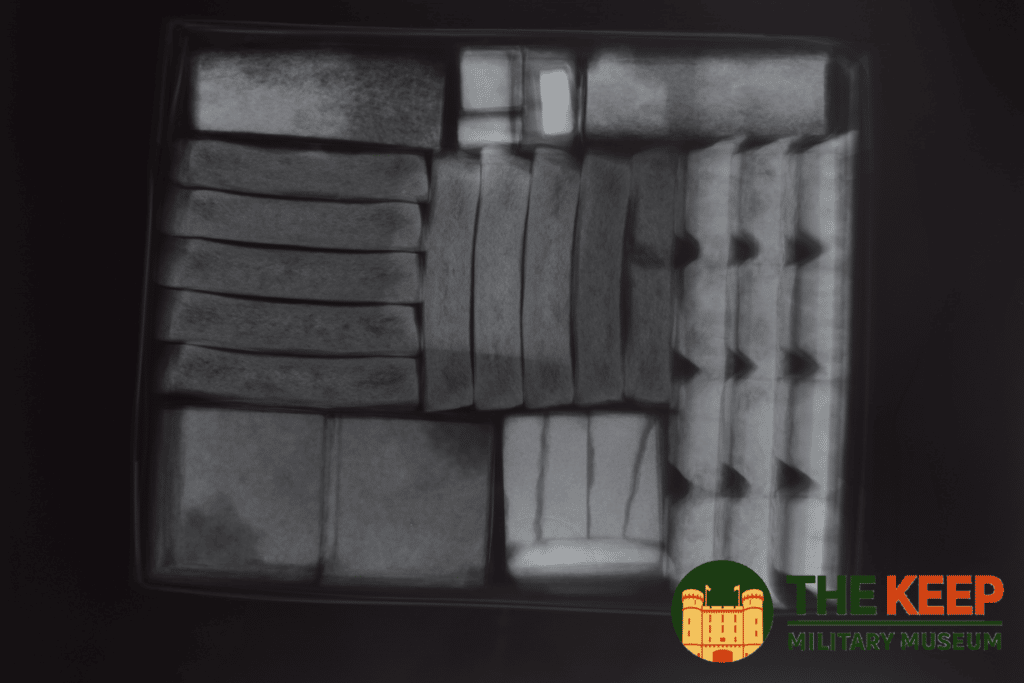 A D-Day “Assault Ration Pack” believed to be the only one currently in existence was recently discovered in Dorset, England – complete with biscuits as well as oatmeal, raisin chocolate and all ingredients needed to brew tea. What more could a hungry British soldier in World War II ask for?

First discovered in 2006, the rations at the Keep Military Museum had been initially wrongly identified as dating from the 1950s. Reexamining the sealed box for a recent military rations exhibit, the museum director realized the item was created during World War II and was intended to be used by troops during the D-Day landings.

“D-Day is central to the story we tell here because our regiments, the 2nd Devons and the 1st Dorsets, landed on Gold Beach near Arromanches at 7.30 that morning,” Elliot Metcalfe, the museum director, said, noting that the 1st Dorsets were among the first British infantry to embark on the embattled beaches. “We’re very proud of that and we’re thrilled to have found this ration pack which every soldier carried that day.”

This “Assault Ration Pack” was distributed to British and Commonwealth troops specifically for D-Day. Its wax cardboard exterior was designed to withstand the elements, and its small size made it easy to transport in a mess tin. Its culinary contents were designed to give each soldier 4,000 calories of fighting fuel.

However, this particular fighting fuel had a distinctly British flavor. Besides the predictable inclusion of compressed meat and chewing gum, this convenient ration kit had everything a soldier needed to make a nice “brew” of tea — milk and sugar included!

Here is the complete list of items in the ration pack:

D-Day Ration Packs Across the Pond

As for American troops who landed on D-Day, it appears they stormed the beaches of Normandy armed with a three-day supply of K-rations and a two-day supply of some hefty Hershey’s chocolate bars.

Designed to give a U.S. soldier approximately 2,830 calories of energy, K-rations varied amid a general cornucopia of American foodstuffs available for breakfasts, lunches and dinners and the Army’s indecision about how best to feed the troops. The humble K-ration underwent seven revisions until a final version was settled upon during World War II.

In contrast to the British Assault Ration Pack, K-rations could include cheese and egg products, coffee, fruit snacks, candy bars, peanut bars and cigarettes, in addition to meat and vitamin tablets. The packs also included helpful items such as spoons and can openers.

And as for the Hershey bars? Albeit designed by a company famed for sugary sweetness, these bars comprised the U.S Army’s Field Ration D — intended to give a soldier all the energy he could wish for and then some, but with zero chocolatey goodness. These practically flavorless bricks, packed with 600 calories apiece, could give an American soldier lifesaving strength in dire situations and a stomachache in the process.

Although Ration D became a byword for indigestion, it didn’t stop enterprising GIs from trading these “treats” with hapless civilians in exchange for more edible morsels.

How British D-Day chocolate stacked up against its U.S. cousin in terms of taste is a mystery that will likely never be solved. The chocolate slabs in the Dorset Assault Ration Pack, which in bygone days might have been taken with a nice cup of tea — and which may still be edible — will remain frozen in time.

The pack is being held unopened in storage due to its fragile condition and its contents will remain preserved in situ for the benefit of future generations.

“It’s strange to think that this seems to be the only one left in the world,” Metcalfe said.