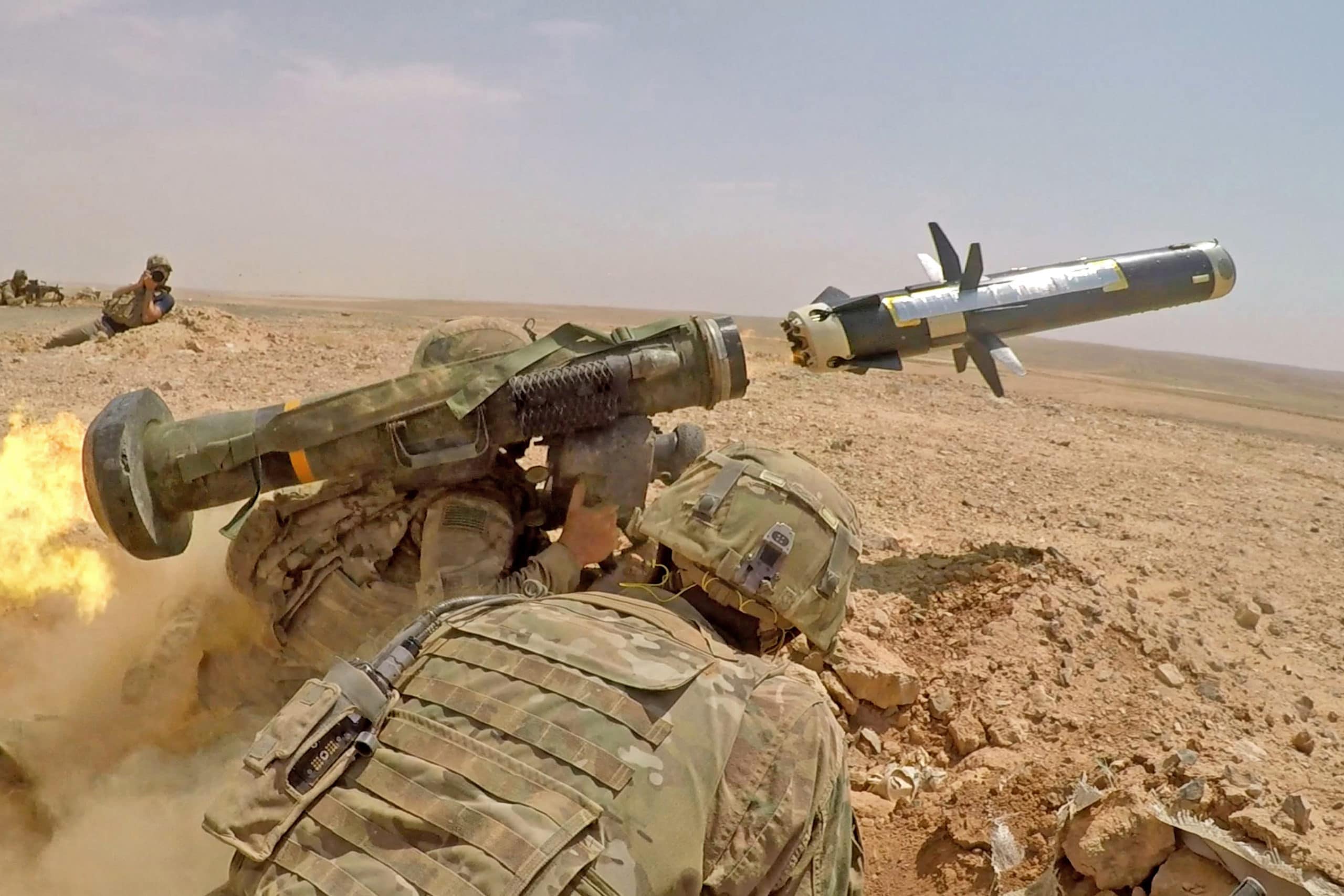 From the time Russian President Vladimir Putin launched his “special military operation” on Feb. 24, 2022, his target, Ukraine, proved to be anything but low-hanging fruit. Ferocious though their resistance was, however, it would not have lasted as long as it did — three months and still counting, as of May 2022 — had it not been the vital weaponry and ammunition provided to the Ukrainians from numerous foreign supporters through what has amounted to a 21st century form of World War II’s Lend-Lease program.

Among the most noticeable weapons credited with standing up to overwhelming waves of Russian tanks has been a state-of-the-art, infantry-operated guided missile. The Americans who produced it call it the FGM-148 AAWS-M (for “Advanced Antitank Weapon System-Medium”), but many of its current users have come to call it “Saint Javelin, Protector of Ukraine.”

WHAT IS THE JAVELIN?

Weighing 49 pounds, the Javelin has advanced electronics that have progressively improved to afford the operator fire-and-forget capability. Using the attached Command Launch Unit, the operator aims and fires, the missile being spring-ejected before igniting and traveling on toward the target at a rate of 1,000 feet every seven seconds, guided by an infrared seeker in the nose.

Upon contact, the foremost of two tandem high-explosive antitank, or HEAT, warheads explodes against the reactive armor, clearing the way for the second warhead to reach the tank’s main armor. The Javelin’s warheads can penetrate steel up to 23.5 inches to 31.5 inches thick. With an effective range over 1.5 miles, the Javelin’s warhead travels 213 feet before it arms — but it does produce a backblast that the user must take into account.

Though its range falls below the 2.3-mile effective range of the BGM-71 tube-launched, optically guided, wire-guided, or TOW missile, the Javelin is much lighter and handier for operation by a single trained infantryman. Like the TOW, however, it can be mounted on a vehicle if one is available.

HOW ACCURATE IS THE JAVELIN?

The United States has claimed that of the first 112 Javelins it used, 100 hit the targets, both directly and on trajectories from above, where tank armor is thinner and more vulnerable to penetration.

The Command Launch Unit, which can magnify targets up to four times, can be removed from the weapon system and used as a lightweight optical device and night sight.

WHO USES THE JAVELIN?

Javelins have been sold to military services all over the world, and U.S. Army, U.S. Marine and Australian forces have used them to good effect in Iraq and Afghanistan, where its accuracy at greater ranges than other weapons made it useful against enemy strongpoints as well as moving vehicles.

Although it has seen its share of combat since its introduction to service, it has been in Ukraine that the Javelin has attained legendary status. The country had already purchased 210 missiles and 37 launchers in March 2018, for $47 million, followed by another order in June 2020 for $150 million more.

These came swiftly into play when Putin sent in the tanks, making the Russian advance a costly one on all fronts. The Ukrainians have claimed more than 230 tanks and armored vehicles destroyed thus far, although it should be noted that they have other antitank weapons that may have contributed to that statistic, as well.

Nor is the Javelin without its weaknesses, particularly its vulnerability to losing the contrast necessary for a missile lock at dawn or dusk, or if the target shoots off clouds of infrared-blocking smoke.

The principal complaint from Ukrainians about the Javelins, however, is that there never seem to be enough of them. They have already received more than 5,500 missiles, and the United States and other allies have pledged to send more, but they are expensive and time consuming to produce — 6,840 per year at $176,000 per system. In aiding the Ukrainians, the U.S. has sent off as much as two-thirds of its existing arsenal, which cannot be immediately replaced.

Fortunately for the Ukrainians, they do have a supplement of other effective light infantry anti-armor weapons and have become experienced in making every shot count. For the time being, though, the Javelin has acquired so literarily iconic a place in the Ukrainian arsenal that reports have come in of a local artist creating a piece of mock traditional religious art depicting Mary Magdalene holding a Javelin. Newborn Ukrainian babies have reportedly been christened “Javelin” or “Javelina.”