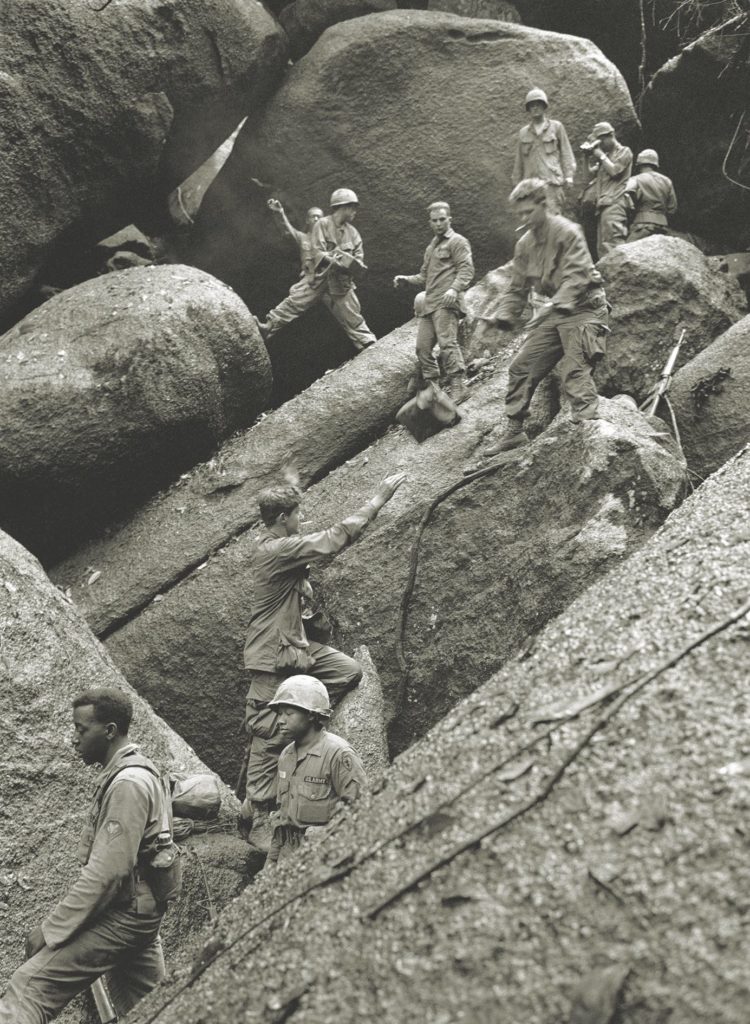 The experiences of U.S. infantrymen in Vietnam are told in many ways: through personal memoirs, media accounts, oral histories— and the government’s own reports. Historian Chris McNab mined those reports to produce The U.S. Army Infantryman Vietnam Pocket Manual, which reprints declassified primary documents such as field manuals, weapons manuals, intelligence analyses and after-action reports, including those with “lessons learned” sections. This article features two lessons-learned sections, with introductions by McNab.

The Vietnam War, and the diligent efforts of archivists, has left us with a vast archive of U.S. Army infantry after-action reports, many of which conclude with a “lessons learned” section that summarized the tactical knowledge acquired from the particular operation. The following report was part of a broader compilation of these reports. The explanatory document that introduces the report explains that it “is the first of the 1968 special series of numbered Operations Reports—Lessons Learned. It contains a summary of selected items based on information reported in Operational Reports—Lessons Learned and Combat After Action reports submitted during 1967.” Information collected in documents such as these would be distributed to front-line units and training formations back in the States, hopefully to improve the survivability of those new to Vietnam operations. In the extracts below, there are interesting discussions about various tactical challenges, particularly those relating to winkling out the enemy from rocky cave complexes (common in mountainous areas).

DISCUSSION: The 4th Infantry Division reports that there is a built-in conflict as to what action should be taken immediately upon the enemy attempting to withdraw in the dense jungle near the Cambodian Border. The ideal situation would be to have a landing zone in the immediate proximity of the contact area through which reinforcements could be inserted to initiate an aggressive exploitation or pursuit. Simultaneously, the US unit in contact should evacuate its wounded and dead and initiate an immediate sweep of the battlefield. However, in dense jungle landing zones are not readily available in the vast majority of cases. As soon as the situation permits, and in the absence of a landing zone, the US unit must cut a landing zone out of the jungle foliage to evacuate the wounded. The normal time required to cut such a landing zone is about 15 hours, but may often extend to 24 hours and, on occasion, may exceed 36 hours. During this period, the enemy is making a maximum effort to evacuate his wounded, documents, weapons and other items of equipment from the battle area. In many cases, he is able to physically remove his dead before a sweep of the battlefield can be accomplished.

OBSERVATION: Each situation must be analyzed carefully to determine the sequence of
the actions to be taken. If at all possible, reinforcements should be inserted to pursue the enemy and to otherwise exploit the situation. Moreover, immediate action must be taken either by the US unit in contact or by the reinforcing unit, as the case may be, to conduct an immediate sweep of the battlefield. Obviously, the seriously wounded must be evacuated from the battlefield by the fastest method in order to prevent further loss
of lives. To accomplish all of these things in the proper order or simultaneously requires careful judgment and coordination by the commanders involved.

Both the North Vietnamese Army and the Viet Cong had elite sapper units within their ranks. These soldiers were specialists in assaulting and breaking through American defensive perimeters, such as those around a firebase, infantry headquarters, fortified hamlet or other protected target, often using heavy weaponry such as rocket launchers, bangalore torpedoes [explosive-filled tubes], mines, heavy mortars and flamethrowers. The size of the sapper units ranged from independent squads of just a handful of men through to entire battalions and regiments. The following document, produced in 1969 by the headquarters of XXIV Corps [operating in northern South Vietnam] illustrates how seriously the threat from the sappers was taken and also gives a window into U.S. defensive tactics in Vietnam.

From “Lessons Learned—Defense Against Sapper Attacks” (1969)