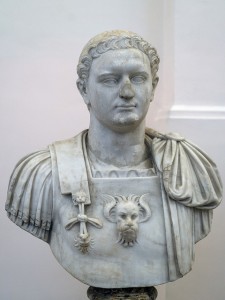 Was Roman emperor Domitian really the great persecutor of Christians?

As I revisited a critical biography of the Roman emperor Domitian by the scholar Brian W. Jones recently,1 I was reminded that “alternative facts” and “fake news” are not just a contemporary phenomenon. On occasion ancient writers similarly tried to spin their version of the truth. Jones tackles the familiar line that Domitian, who reigned between 81 and 96 C.E., was a great persecutor of Christians. This “fact” is now standard stock in much popular writing on the book of Revelation and is even found in some scholarly tomes. In his discussion, Jones carefully rehearses how this “fact” developed.

Eusebius in his Church History (CH) provides the first reference to Domitian persecuting the church. Writing over three centuries later in the early fourth century C.E., this ancient Christian historian first quotes Melito of Sardis, who mentioned that Domitian brought slanderous accusations against Christians (CH 4.26.9). He also cites Tertullian, who claimed that Domitian was cruel like the emperor Nero (r. 54–68 C.E.), but that Domitian was more intelligent, so he ceased his cruelty and recalled the Christians he had exiled (CH 3.20.9). Eusebius also quotes Irenaeus, who claimed Domitian’s persecution consisted only of John’s banishment to Patmos and the exile of other Christians to the island of Pontia (CH 3.18.1, 5).

Despite these cautious statements by three earlier authors, Eusebius then spun his own alternative fact by claiming that Domitian, like Nero, had “stirred up persecution against us” (“anekinei diōgmon”; CH 3.17). From here the tradition was enlarged by Orosius (d. 420 C.E.), who, in his History Against the Pagans, wrote that Domitian issued edicts for a general and cruel persecution (7.10.5). Despite a lack of evidence, Jones observes that the tradition concerning Domitian’s persecution persists: “From a frail, almost non-existent basis, it gradually developed and grew large.”2 Thus the alternative facts sown by these ancient historians grew to a truism of Christian history.

In the free eBook Paul: Jewish Law and Early Christianity, learn about the cultural contexts for the theology of Paul and how Jewish traditions and law extended into early Christianity through Paul’s dual roles as a Christian missionary and a Pharisee.

No pagan writer of the time ever accused Domitian, as they had Nero, of persecuting Christians. Pliny, for example, served as a lawyer under Domitian and wrote in a letter to Trajan (r. 98–117 C.E.) that he was never present at the trial of a Christian (Letters 10.96.1). This is a strange claim for one of Domitian’s former officials if Christian persecution were so prevalent. The archaeologist Julian Bennett, who has written a biography of Trajan, also fails to mention any general persecution of Christians at this time. Domitian’s execution of Clemens has sometimes been linked to the senator’s apparent “atheism,” a term sometimes given to Christians. However, there is no “smoking gun” linking Clemens’s death to Christian persecution.3 So Jones concludes, “No convincing evidence exists for a Domitianic persecution of the Christians.”4

A related “fact” is that Domitian claimed the title Dominus et Deus (“Lord and God”). The evidence here is mixed. The poet Statius (Silvae 1.6.83–84) states that Domitian rejected the title Dominus as his predecessor Augustus (the first Roman emperor) had done. The historian Suetonius (Life of Domitian 13.2) does report that Domitian dictated a letter that began, “Our Lord and Master orders…,” but it was only his sycophantic officials who began to address him in this way. The story was again embellished by later historians to the point that Domitian is said to have ordered its use. Jones thinks the story incredible because Domitian was known for his habitual attention to theological detail in traditional Roman worship, so he would not have adopted such inflammatory divine language. After their deaths, the best that emperors could hope for was to be called Divus (Divine), not Deus (God). If Domitian were such a megalomaniac who ordered worship to himself, why haven’t any inscriptions been found using this formula? In fact, no epigraphic evidence exists attesting to Christians being forced to call him “Lord and God.”

Why is Domitian’s legacy so clouded in the ancient sources? Domitian’s assassination in 96 C.E. brought an end to the Flavian dynasty, and the dynasty founded by Nerva, the next Roman emperor, lasted into the third century C.E. Because Domitian had offended the aristocratic elite, the Senate ordered the damnation of his memory. Even though Suetonius (Domitian 8.1) stated that Domitian carefully and conscientiously administered justice, later writers such as Dio Chrysostom (67.2.4) perpetuated his damaged reputation using alternative facts.

Jones writes as a Roman historian outside of Biblical studies, but a New Testament scholar has similarly articulated this view. Leonard Thompson notes that a more critical reading of Eusebius raises doubts about a widespread persecution of Christians under Domitian. He concludes that “most modern commentators no longer accept a Domitianic persecution of Christians.”5 Some writers consider Revelation as a source for a persecution by Domitian, although John never identifies a specific emperor. If so, then Revelation would be the only ancient source pointing to such a persecution.

Over two decades since two Roman historians and a Revelation scholar have pronounced a Domitianic persecution moribund, such claims continue to circulate in articles, books and sermons. This shows how long it takes to repudiate “alternative facts” that have circulated for over 1,500 years in Christendom. Literary texts may sow alternative facts, but archaeological realia, such as inscriptions and coins, have assisted in discrediting those alleged facts. The “fake news” that Domitian instigated a severe persecution of Christians and that his claim to be “Master and God” provoked this persecution needs to be removed from our “facts” about the early church.

In the free eBook Paul: Jewish Law and Early Christianity, learn about the cultural contexts for the theology of Paul and how Jewish traditions and law extended into early Christianity through Paul’s dual roles as a Christian missionary and a Pharisee.

Mark Wilson is the director of the Asia Minor Research Center in Antalya, Turkey, and is a popular teacher on BAS Travel/Study tours. Mark received his doctorate in Biblical studies from the University of South Africa (Pretoria), where he serves as a research fellow in Biblical archaeology. He is currently Associate Professor Extraordinary of New Testament at Stellenbosch University. He leads field studies in Turkey and the eastern Mediterranean for university, seminary and church groups. He is the author of Biblical Turkey: A Guide to the Jewish and Christian Sites of Asia Minor and Victory through the Lamb: A Guide to Revelation in Plain Language. He is a frequent lecturer at BAS’s Bible Fests.

3. Julian Bennett notes that the charge against Clemens and his family was that they had adopted Jewish religious ways. He then considers whether Judaism or Christianity is meant and opts for the latter as “more likely.” See Julian Bennett, Trajan: Optimus Princeps (London: Routledge, 1997), p. 68.

The Archaeological Quest for the Earliest Christians: Part 1 and Part 2 by Douglas Boin

The Origin of Christianity

This Bible History Daily feature was originally published on July 24, 2017.