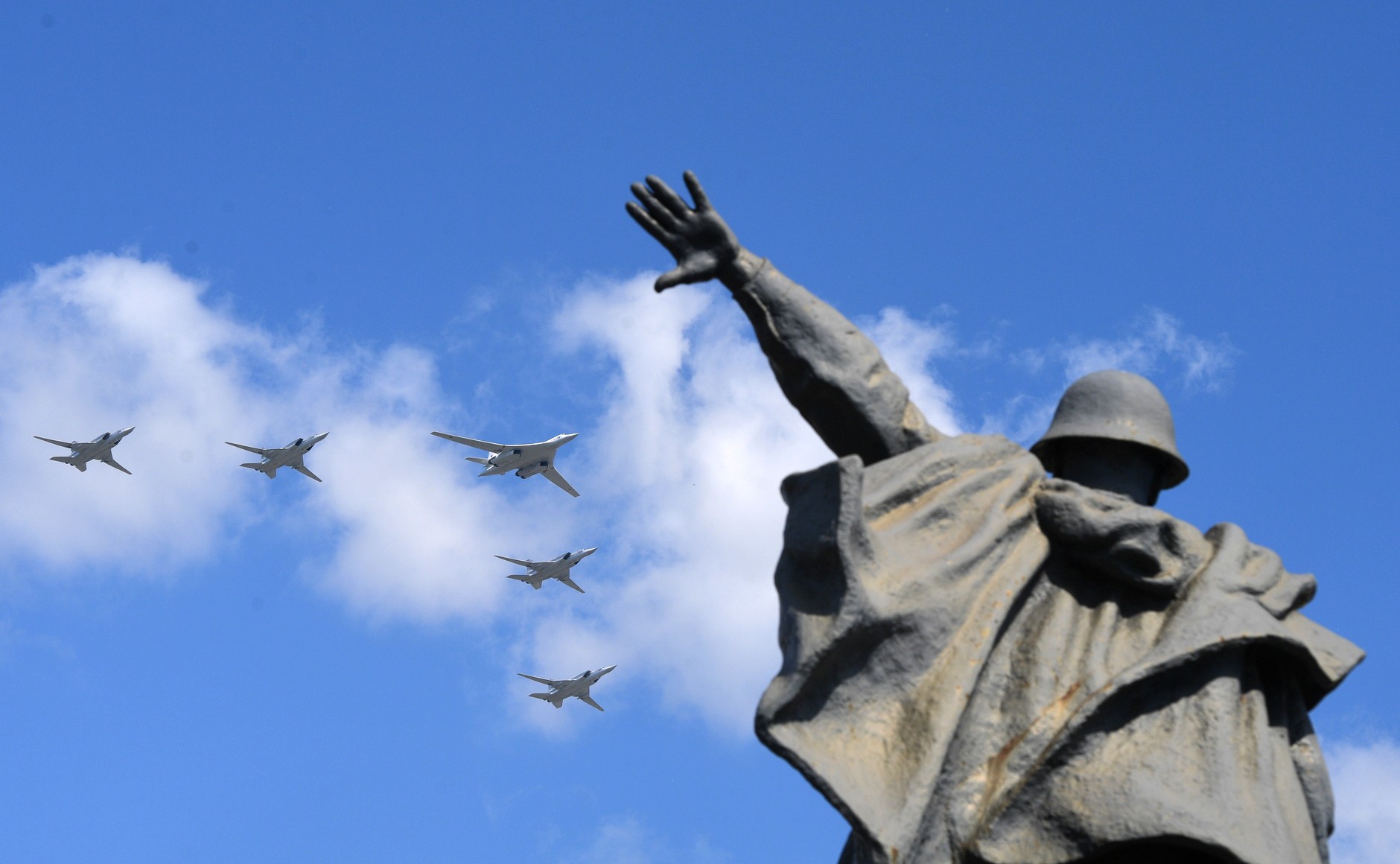 It’s hard to think of a better reason for a celebration than the end of the western half of the most destructive war in human history — and the fall of a regime that’s synonymous with evil. So you’d think that all the people who fought together to defeat a monster like Adolf Hitler would be in sync on when such a momentous occasion actually happened.

In general, they are: Most of Europe and the United States consider May 8 to be V-E Day, or Victory in Europe Day, the anniversary of the day in 1945 that Nazi Germany surrendered. (Kinda.)

What is May 9 in Russia?

Yet when Vladimir Putin puts on his beloved military parades in Moscow, they take place a day later, on May 9. That’s Victory Day not only in Russia but in other former Eastern Bloc nations and ex-members of the Soviet Union. In Russia, the end of the Great Patriotic War is celebrated as a national holiday, with a day off for most workers, fireworks, parades in Red Square and cultural events on television and across the country.

And May 9’s been the date for Victory Day celebrations in Russia since the war ended, from Joseph Stalin to Mikhail Gorbachev to Boris Yeltsin to Putin. (Even though, technically, Victory Day only became a fully fledged nonworking holiday in the Russian Soviet Federative Socialist Republic, as the Russian part of the USSR was known, in 1965.)

So why do Russians celebrate on May 9 instead of May 8?

Well, there’s a long answer and a short answer. Let’s start with the long answer!

If Hitler died April 30, why does Russia celebrate on May 9?

First off, let’s get the facts and timing of the end of the Nazi regime straight.

On April 30, 1945, Hitler committed suicide in his bunker in Berlin. Despite the fact that he’d turned his adopted country into a dictatorship built around a personality cult devoted to him alone, Nazi Germany continued to exist after his death. Indeed, his hand-picked successor, Adm. Karl Dönitz, maneuvered desperately over the next few days to keep the Nazi Party in power and Germany mostly intact, hoping to cut a deal with the West against the Soviet Union.

That didn’t happen. On May 2, the head of the forces defending Berlin, Gen. Helmuth Weidling, surrendered unconditionally to Soviet troops. The Battle of Berlin was over.

But the war in Europe wasn’t quite over yet.

When did the Nazis surrender?

Finally seeing the writing on the wall, the surviving Nazi leaders agreed to an unconditional surrender of all remaining German forces. The date and time this surrender agreement was signed was May 7, 1945, at 2:41 a.m., with German Gen. Alfred Jodl signing the German Instrument of Surrender in a schoolhouse in Reims, France, that was serving as home to Supreme Headquarters Allied Expeditionary Force. Signing on behalf of the Western Allies were an American general and a Soviet general, with a French general as witness. A key point to remember: German soldiers everywhere were to lay down their arms by 11:01 p.m. the next day.

The news went out around the world, and everyone — except members of the Nazi Party, it’s safe to assume — celebrated.

But the war still wasn’t over yet.

If Hitler died April 30 and the Germans surrendered May 7, why does Russia celebrate on May 9?

Apparently, the first German surrender didn’t quite take: Though the Soviets argued about certain technicalities, it became clear that what Soviet leader Joseph Stalin was really dissatisfied with was how low-key the May 7 affair in Reims was. Instead, he wanted a grander, more symbolic surrender from the Nazis, one that took place in their own former seat of power: Berlin. And what Stalin wanted, Stalin usually got.

The second German Instrument of Surrender was scheduled to be signed on May 8 under more formal circumstances at the Soviet military headquarters in Berlin, with the celebrated Marshal Georgy Zhukov signing for the Soviets, Field Marshal Wilhelm Keitel for the Germans and Gen. Dwight Eisenhower’s deputy for the Allies. But various holdups meant that the signers didn’t actually get to sign the second surrender document until around 1 a.m. on May 9.

But that’s not why Russia celebrates V-E Day on May 9 today.

So If Nazis actually surrendered May 9, why does most of the world celebrate on May 8?

Because the first, Reims version of the surrender document had already specified that German forces were to lay down their arms by 11:01 p.m. on May 8 — and because the governments had already told both their soldiers and the general public exactly that, it was agreed that the signers would backdate this second, more formal document to reflect the time already stated in the Reims document. So they fudged the time and date.

Thus, the second, final and “official” surrender of Nazi Germany was “officially” signed 11:01 p.m. … on May 8. Which is the date the U.S. and most of Europe recognize as V-E Day.

OK, ThEn If the Nazis ‘officially’ surrendered May 8, why do the Russians celebrate on May 9?

Even though everyone involved officially recognized the Berlin surrender document as being signed and effective at 11:01 p.m. on May 8, Moscow was in a different time zone than Berlin. In 1944, Moscow was two time zones ahead of Berlin. Today, it’s one time zone ahead. Sources conflict about what the time difference was in early May 1945, but the results were the same: When the final Nazi surrender document was signed in Berlin, it was already the next day in Moscow, even if just barely.

So even though basically everyone in the world to this day agrees to pretend the Nazis surrendered on May 8 for the sake of simplicity and historians’ sanity, they’re referring to the time and date in Berlin. In Moscow, it was either one minute or one hour and one minute into the next day: May 9.

So that’s why Russia celebrates on May 9.

Why do Russians celebrate on May 9? (Short answer.)