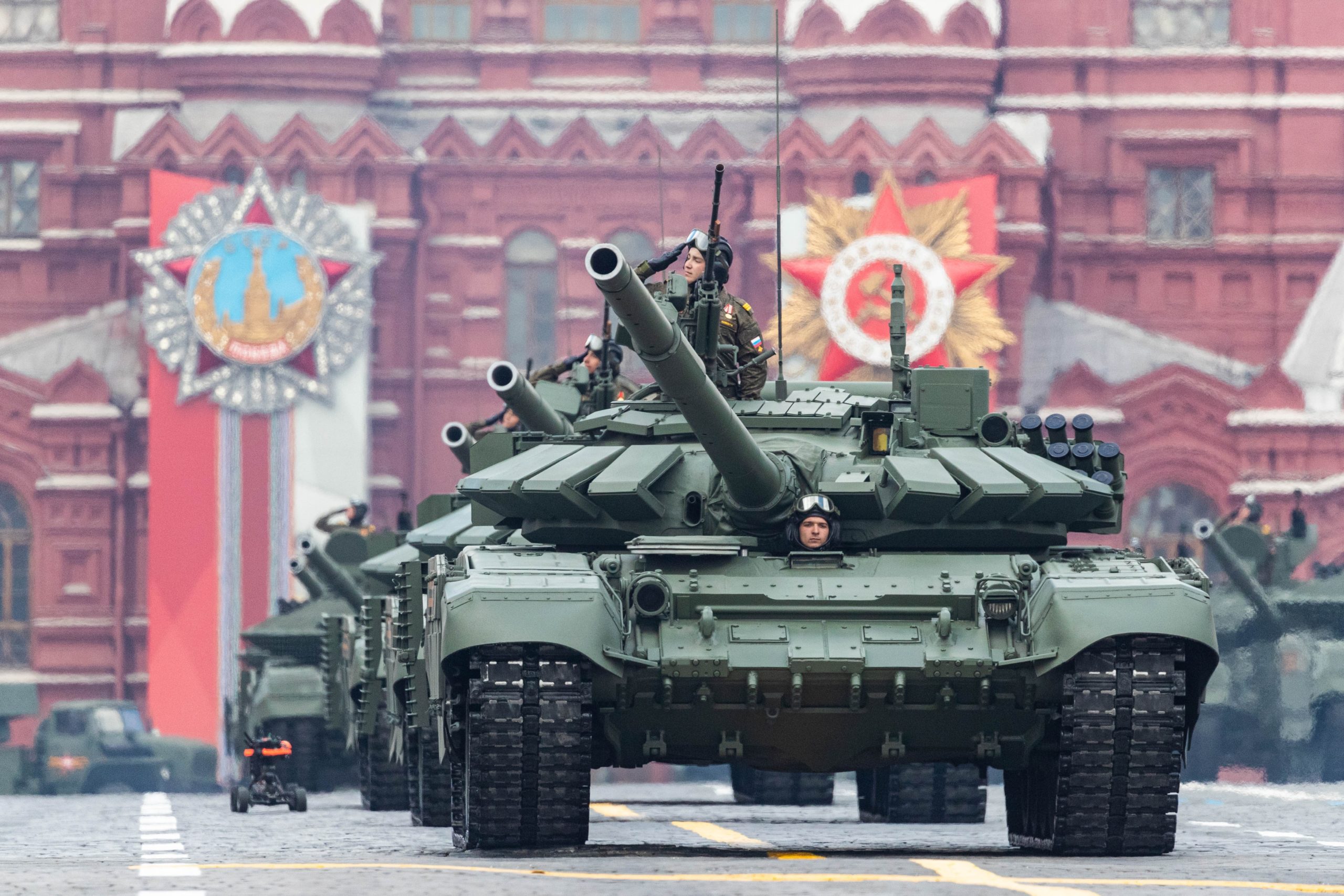 The Russian invasion of Ukraine has been marked by a return to the type of armored warfare that hasn’t been seen since World War II — with at least one major difference — the development of “fire and forget” anti-tank guided missiles.

This advancement in warfare has given the infantryman unprecedented parity against the tracked armored monsters. Tanks have acquired their own special refinements over the years, but the Russian arsenal includes a relic of 1973. Amid recent problems arising from their most sophisticated tank, they went back to basics with the T-72.

“Necessity is the mother of invention”

…. or so the old proverb goes, but the necessity behind the T-72’s development lies in too much invention, too soon.

The T-64’s chief designer, Aleksandr Morozov, had previously gained fame for two outstandingly simple but effective tanks, the T-34 and the T-54. The T-64, in contrast, sought to gain qualitative superiority on the battlefield with unprecedented inventiveness, such as a compact engine arrangement and an auto-loader for its 125mm smoothbore cannon, which could fire shells or antitank missiles.

This added up to produce a tank weighing a mere 38 tons and carrying a three-man crew, capable – in theory – of taking on the standard four-man main battle tanks of its Western opposition. When it entered service in 1964, the T-64 was used exclusively by the Soviet tank regiments and its technical details were kept veiled in secrecy for many years. Also kept secret for as long as possible was the embarrassing frequency with which its technological innovations malfunctioned in the field.

Among other things, the original 700-hp 5TDF diesel engine was unreliable and hard to repair. In addition, the auto-loader had a tendency to “eat” the left arms of insufficiently attentive gunners. The relatively modest 13,000 T-64s built between 1964 to 1987 reflected the tank’s difficulties and its excessive expense.

In the process of improving the T-64, designer Leonid Kartsev, joined by Valeri Venediktov, chose to combine the best features of that tank with those of the older, simpler T-62. What they eventually devised was essentially a throwback to the 1960s with an improved auto-loader and a two-component main armament stored in a less cumbersome manner than the original T-64’s.

The conception behind “Object 172W” was a “mobilization model” tank, dispensing with advanced features for an uncomplicated but fundamentally effective weapon.

Despite being relatively quick and easy to train crewmen on and one that could be swiftly gathered to concentrate fire, the “Object 172W” had to win over a reluctant Soviet military before being accepted for production in the Nizhniy Tagil factory in August 1973.

However, that plant would not be geared up for full production until 1992, and the retrograde tank, designated T-72, ultimately proved to be more successful than the T-64, with 22,096 built in the Soviet Union and license-built versions raising the total to more than 25,000 in a variety of variants for some 40 countries.

Of similar proportions to the T-64, the 45.1-ton T-72A was 31 feet, 3 inches long, 11 feet, 9 inches wide and 7 feet 4 inches high. Its compact dimensions, enclosing the same three crewmen as the T-64, were intended to enhance protection by presenting a smaller target. Armament was a 125mm 2A46M cannon that was later adapted to fire rocket-assisted shells, along with a 7.62mm PKT coaxial machine gun and a 12.7mm NSUT or DShK machine gun atop the turret. Depending on the user, the tank was armored with steel and composite armor, externally supplemented by reactive armor.

The T-72’s 1,130-hp 5TDF V-12 diesel engine had synchromesh, hydraulically assisted transmission with seven forward speeds, one back and a torsion bar suspension. Its speed ranged from 37 to 47 mph, with a range of 290 miles.

Besides its being simpler overall than the T-64, the T-72’s 5TDF engine could be produced at the Malyshev factory twice as fast as the T-64’s newer, more troublesome 581-hp V-55 12-cylinder diesel. This was another intrinsic asset for the “mobilization model” which, once production was fully under way, could be built 40 to 50 percent quicker than the T-64.

At the time of the invasion of Ukraine, the Russian plant at Nizhni-Tagil had transitioned from the Soviet T-72 to the T-90, nominally Russia’s first tank, which was essentially an improved, modernized T-72.

During the revolt of ethnic Russians in Donbas in 2014, the International Institute for Strategic Studies reported seeing three T-72Bs and aT-72B3 supporting the insurgent forces, which Russia officially identified as having been captured from the Ukrainians.

When the Russians launched their invasion this past February, their stocks of T-72s were heavily committed to the World War II role of the T-34, letting concentration of numbers and ease of training for newly enlisted crews compensate for their simplicity and relative age.

Other additions to the Russian T-72Bs’ and T-72B3s’ arsenal were improvised grills installed above the turret to pre-explode top attack weapons such as the FGM-148 Javelin and NLAW guided antitank weapons, drones and rocket propelled grenades.

In May, however, at least one Russian tank commander said that the men in his unit were removing the grids, claiming that they interfered with movement of the machine gun and radio antenna, raised the tank’s visual profile and hindered evacuation in the event the vehicle was knocked out.

Whatever more advanced weapons the Russians deployed, the T-72s provided their army with the backbone of their offensive operations, absorbing heavy casualties but inflicting heavy punishment through mass bombardment. They were not alone in using the ubiquitous tank, however.

Ukraine had about 600 T-72s in storage in 2014, and the fighting in Donbas spurred them to overhaul and update them. After war broke out in 2022, the Ukrainians began committing their T-72As, T-72Avs and T-72AMTs to the struggle. On April 4 the Czech Republic sent five of its T-72Ms to Ukraine as a “gift.” Poland subsequently donated 200 T-72M1s and T-72M1Bs.

As with numerous other weapons, T-72s have often had occasion to engage each other in Ukraine and casualties on both sides have been heavy. At least one Russian senior officer admitted that the Ukrainians’ T-72s have held an advantage because of the extra work they put into improving their refinements and overall quality. With the conflict passing the 100-day mark, it remains to be seen if that quality will be enough to stave off the overall quantity that characterizes the Russian T-72s and their employment in battle.