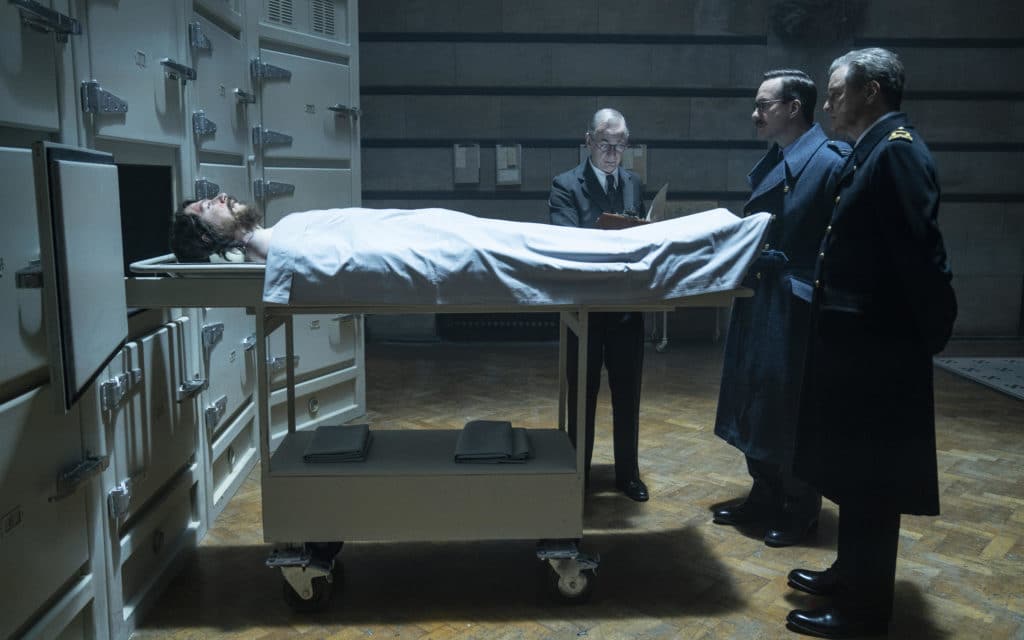 One of the Italian Campaign’s most noteworthy warriors remained anonymous for decades — partly because his mission was top-secret, and partly due to him being already dead at the time.

Sicily was, as Winston Churchill described it, Europe’s “soft underbelly”: pivotal for taking Italy, reclaiming the Mediterranean and driving north into the Continent. But how to throw the Nazis off the scent? “Operation Mincemeat,” a 2022 film by “Shakespeare in Love” director John Madden, recounts the eponymous British intelligence ruse that fooled Germany into girding defenses in Greece, Corsica and Sardinia, unaware that by mid-June 1943 Sicily’s beaches would swarm with Allied troops in Operation Husky, one of history’s largest amphibious invasions.

It’s an audacious plot, not to mention one of questionable ethics (the corpse in question, dubbed “William Martin,” belonged to an unclaimed poisoning victim, much later revealed as Welsh vagrant Glyndwr Michael). But with schemers behind the scenes including future James Bond novelist Ian Fleming (Johnny Flynn) — a young officer in the Royal Navy’s Naval Intelligence Department who pulled Mincemeat’s premise from a potboiler novel — it was bound to be one for the books.

We spoke with Madden about his English roots, translating Macintyre’s story to screen and why Operation Mincemeat — and, by extension, Glyndwr Michael — were so important in winning the war.

You were born in Portsmouth. There’s the obvious D-Day connection there, and a World War II legacy. Can you tell me more about that?

All I really remember — I was not around in those days — but all I really remember was the city being absolutely bombed to smithereens. Not quite Mariupol level, but certainly pretty close, since it was then the port of the Royal Navy’s Home Fleet; it could be entirely accommodated in Portsmouth Harbor.

I was curious because obviously you grew up in Britain, and the war still seems to be still present there in a way it doesn’t in America.

Yes. Well, we were on the front line, I suppose. I mean, it definitely cast a long shadow. I was born four years after Armistice Day, and even though I was not a part of it, rationing and the stories about who was where in the year before the war ended and that kind of thing were common parlance in the family. Everybody used to talk about it. And the long tail of that war went on for a long time, and certainly informed me growing up.

Has it informed your work as well? You’ve had several projects that have in some scope dealt with World War II: “Captain Corelli’s Mandolin” (2001), “The Debt” (2010), and now “Operation Mincemeat.”

I can’t say I was targeting those, but they inevitably were of interest to me. You know, Mincemeat, for example, I would characterize as being in the realm of urban myth when I was growing up. Most people would not have known the mission’s name. But if you mentioned to anybody a dead body floating up then people would have known that.

What drew you to this story?

My screenwriter whom I’d been working with on another project, Michelle Ashford, stumbled on Malcom Gladwell’s article about Ben Macintyre’s book about Operation Mincemeat in The New Yorker. She read the book and gave it to me, and I read the book and was simultaneously delighted and amazed. It’s such an extraordinary story and has the added factor of not being that well-known. And it turned out to be a piece that kept on giving, actually; there’s so much richness in it. It’s such an emotional story at the same time as being a historical one, and it touches so many different areas of things going on at that time.

How true is the movie to actual events?

In all significant details it’s true. But you do need to shape the narrative to maximize its impact. There are some elements we shifted around. That was actually true of the story’s first iteration: Ewen Montagu, the man who was in the middle of the whole thing, later wrote his own account, “The Man Who Never Was” (1953), which was heavily vetted by intelligence services and was in itself what amounted to a work of fiction because one of the key elements was they didn’t own up to whose body they were using — a very, very sensitive subject.

I was impressed by the attention to detail British intelligence paid while creating Glyndwr Michael’s fake identity as Royal Marine officer “Major William Martin”: a whole backstory, complete with a photo of an imaginary fiancé and purchase receipts planted on him.

One of the things that was extraordinary about Operation Mincemeat was the degree of obsessive attention that was paid by the people putting the plan together to make sure it all held together.  Ben’s book details it minutely. That’s because he had access to the actual Operation Mincemeat files, which were declassified in 1996. Which is when, of course, Glyndwr Michael’s identity became known. Those were files that were never intended to be read. So there is an absolute enormous tranche of information and detail about Operation Mincemeat, and so we had the advantage of being able to tell that story very honestly.

The relationship between wartime intelligence schemes and detective fiction is an intriguing one. Can you outline how the genre inspired Operation Mincemeat?

It’s worth remembering that when we think about spies now, we think about professional spies, people who do it as a living. And wartime espionage was really focused essentially on the idea of managing disinformation or collecting information about what the enemy was doing and managing disinformation that was being sent in the direction of the enemy to try and confuse them about Allied intentions. What tended to happen in those situations was that a lot of people gravitated towards that effort or were headhunted and become part of it.

Montagu was a barrister, a King’s Counsel. Cholmondeley was in active service, but not built right in the eye department. He couldn’t fly an aircraft even though that’s what he wanted to do. But they had particular kinds of brains. A lot of the people who ended up working on Operation Mincemeat were people who were, for some reason, would-be novelists and writers.

Some were published novelists. John Masterman, chairman of the Twenty Committee, was a published novelist. And James Bond creator Ian Fleming was an assistant to Admiral John Godfrey, though not a published novelist at that point; this was 10 years before “Casino Royale.” So these were people who spent their time solving crossword puzzles, sometimes creating  crossword puzzles, and they were all very interested in the literary world, and particularly the genre that was very popular at the time, which was detective fiction, with the “twist” — you know: the revelation at the end of the story about why it happened and how it happened.

I think of the so-called “Trout Memo” — the document that Godfrey and Fleming initially put together proposing, among other schemes, the plan for Operation Mincemeat — as a sort of “Boy’s Own” manual about what you could do to throw the enemy off the scent. It contained some very idiotic ideas — or apparently idiotic ideas, in some instances—including one or two that, in the case of Mincemeat, were literally borrowed from a 1937 detective book called “The Milliner’s Hat” by Basil Thomson, who had a series of books based on a police detective.

British intelligence needed people with what Winston Churchill, I think, called “corkscrew thinking”: you could think around corners, you could think the unobvious. There’s this part in the film where Churchill says about Mincemeat, “It is preposterous and extremely far-fetched, but the idea is just about unbelievable enough that the Germans might believe it’s true.” Which is sort of a paradoxical construction that summarizes exactly the way they were thinking and how they were doing things.

What was at stake if the plan had gone awry?

I think the outcome well could have been a massacre, and that’s exactly what plunged the team that created Operation Mincemeat into a state of existential dread. Because if the Germans caught on to the ruse, they would have sent indications that they thought Mincemeat was true. In other words, the bluff would have come back; that’s exactly what went on in espionage and counterespionage during the war.

They would give the impression that something had been swallowed, and then send out signals, for example, that the troop movements that appeared to be happening might not have been real troop movements — while actually massively reinforcing Sicily because they were convinced that’s where the attack would come from. So I think that the stakes were incredibly high, and I think that’s what would have happened. And then we’d all know about that event.

Winston Churchill in the film also says at one point, “I applaud the fantastic. It has many advantages over the mundane.” Agree or disagree?

I totally agree with that. I think he was a risk-taker, Churchill. That’s one of the reasons why he was such an outstanding leader.