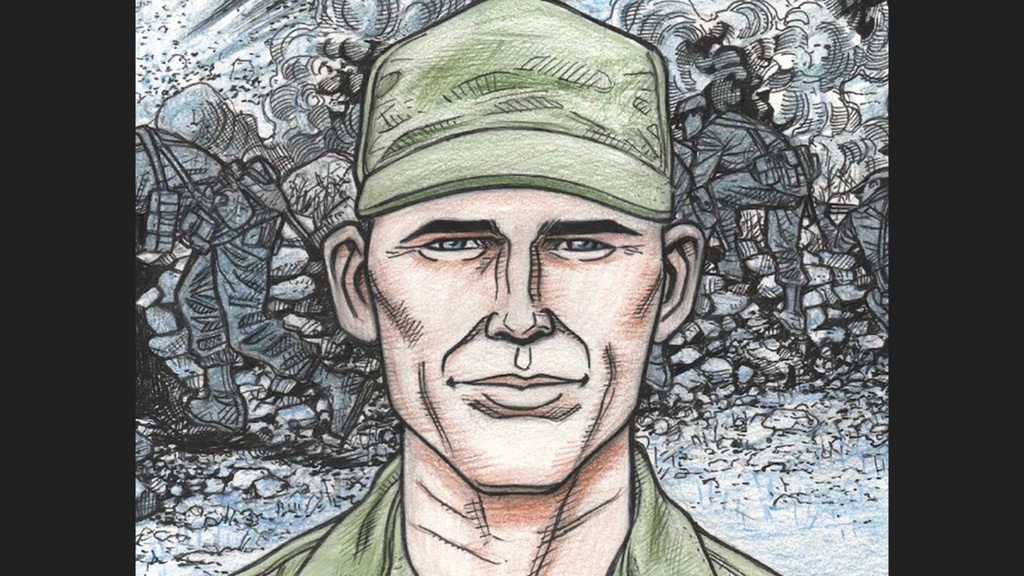 On May 21, 2021, President Joe Biden presented 1st Lt. Ralph Puckett with the Medal of Honor for valorous action in the Korean War on November 25, 1950. But his story takes on new life in the form of a graphic novel.

The latest issue of “Medal of Honor,” an illustrated series produced by the Association of the U.S. Army, portrays his mission in the Battle of the Ch’ongch’on River, part of Gen. Douglas MacArthur’s “Home-by-Christmas Offensive” that left the Army Ranger fragged.

Puckett risked his life serving as Commander, Eighth Army Ranger Company, Task Force Dolvin. In an attack on Hill 205, the enemy directed mortar, Puckett “mounted the closest tank exposing himself to the deadly enemy fire,” the Army wrote in a news story.

The threat of enemy fire pinned down a platoon, so Puckett made the decision to run out from the tank and draw enemy fire so his Rangers could take out machine guns and take Hill 205. Despite being injured by a grenade fragment, he refused to be evacuated.

He “intentionally exposed himself three more times to an enemy sniper before the sniper was killed,” his citation reads.

Puckett was originally presented with the Distinguished Service Cross before being upgraded to the Medal of Honor.

“The Association of the United States Army celebrates their valor with the Medal of Honor graphic novel series,” according to a release from AUSA.

“These full-color digital books are created by a talented team of professionals drawn from the world of comic book industry, and the details are vetted by professional historians. Each eight-page issue profiles a true American hero, bringing to life the daring deeds that distinguished themselves by gallantry in action ‘above and beyond the call of duty.’”

In October 2018, AUSA released its first edition of “Medal of Honor: Alvin York.”

“To date, a dozen issues have been published, commemorating such heroes as Audie Murphy, Mary Walker, Daniel Inouye, Henry Johnson, and Roy Benavidez,” the release added.

To read “Medal of Honor: Ralph Puckett,” you can visit www.ausa.org/puckett.