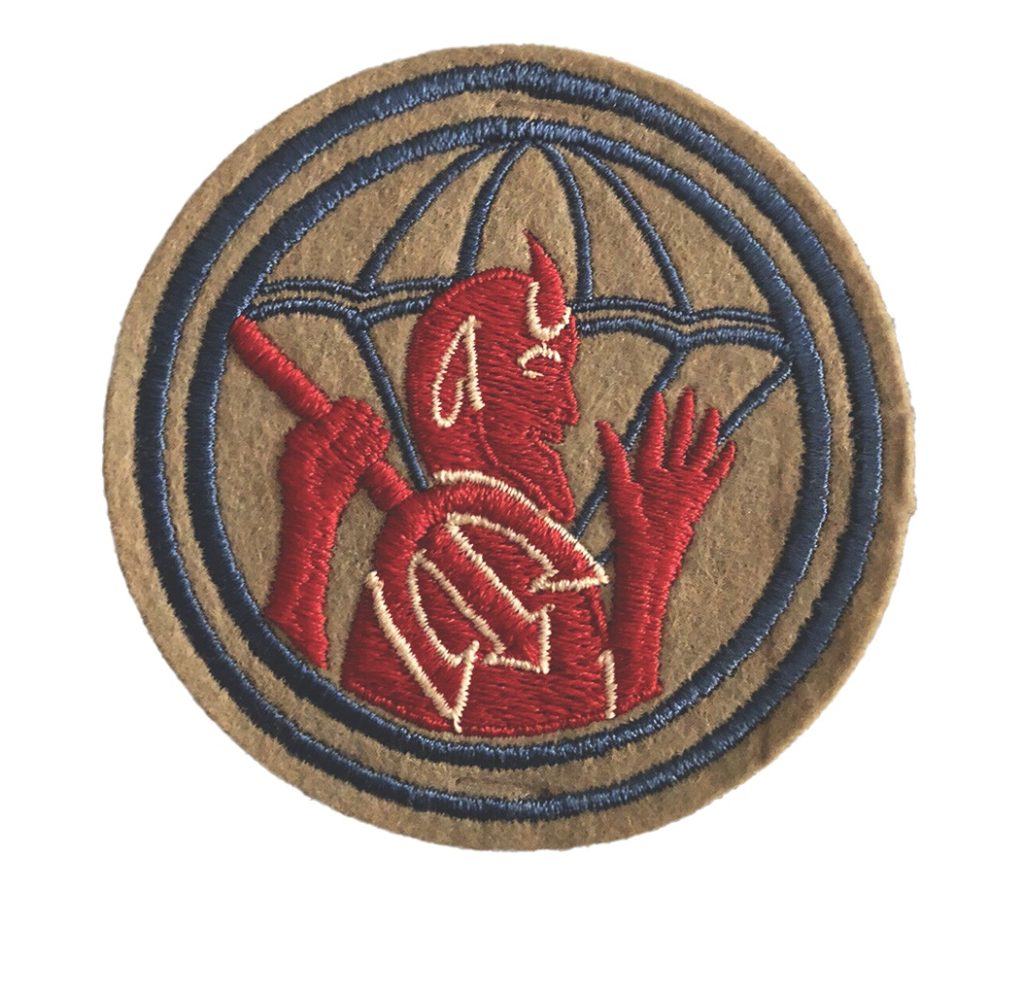 IT WAS SOME OF THE WAR’S most hellish fighting. On September 13, 1943, with just a few hours’ notice, the 504th Parachute Infantry Regiment of the 82nd Airborne Division jumped near the front line to support the Allied landings at Salerno, Italy. Two battalions dug in on the commanding high ground around the town of Altavilla Silentina and withstood withering German counterattacks.

With casualties mounting, a superior officer suggested that the unit withdraw. The 504th PIR commander, Colonel Reuben H. Tucker, barked back: “Hell no! We’ve got this hill and we are going to keep it.”

That was typical of the action endured by the 504th PIR—which later adopted the nickname “Devils in Baggy Pants.” The aftermath of these moments are captured in photos taken by then-paratrooper Carl Chamberlain. The sergeant from Schenevus, New York, was in the thick of the fighting at Altavilla, which helped secure the beachhead at Salerno and allowed American and British soldiers to move inland. He also made a combat jump in Sicily in 1943 and took part in an amphibious landing at Anzio in 1944, where he was injured, before being transferred to an aerial resupply unit, the 334th Quartermaster Supply Depot Company.

When the fighting had ceased, Chamberlain took photos of the carnage around him with a Kodak camera he had bought just before jump school. The young soldier snapped images of devastated landscapes, destroyed equipment, downed warplanes, and roadsides lined with graves of the fallen across Italy and France, where he saw action with the 334th. His photos also depict American soldiers at rest, villagers celebrating liberation, and Allied tanks rolling through Italian and French hamlets. All told, the photos offer a fresh and personal view of Europe at war.

Michael Chamberlain hopes to learn more about the photos shown here, including the names of soldiers and details about the locations. If you recognize someone or someplace, contact him at: Carl.Chamberlain.WW2@gmail.com.

With the 504th in Sicily and Italy and the 334th in France, Carl Chamberlain, like so many others, did his part to ensure victory—and left behind the photos that prove it.

Sicilian children stand in celebration with American soldiers atop a destroyed German tank. The photo was taken in Sicily, likely in March 1944, after Chamberlain returned there by convoy to pack up the 504th’s left-behind gear and belongings.

Chamberlain’s image of a skeletal German Heinkel He 111 bomber missing its mid- and tail sections is probably also from Sicily in March 1944. The damage was likely the result of an airfield bombing.

Civilians clamber on a dead German tank at an unknown location in France in fall 1944. By then, Chamberlain had been transferred to the 334th Quartermaster Depot Supply Company.

DON’T TRY THIS AT HOME

Two unidentified G.I.s pose with an unexploded bomb in front of a damaged German airplane in Sicily.

A vehicle emerges from the hold of LST-994 on August 16, 1944—the day after the invasion of southern France began.

Members of the French Resistance—by then known as the French Forces of the Interior—assemble on a street in Nice, France, after the city’s August 28, 1944, liberation.

An American reconnaissance vehicle from an as-yet unidentified army unit receives a raucous welcome in Dole, France, in September 1944.

Chamberlain (right) and technical sergeants Price and Hale wait to board a train in eastern France. Their destination: the port at Marseille—and home.

All images: Estate of D. Carl Chamberlain © 2022, except where noted